Two annually dated ice cores drawn from the tropical Peruvian Andes reveal Earth’s tropical climate history in unprecedented detail — year by year, for nearly 1,800 years.Researchers at The Ohio State University retrieved the cores from a Peruvian ice cap in 2003, and then noticed some startling similarities to other ice cores that they had retrieved from Tibet and the Himalayas. Patterns in the chemical composition of certain layers matched up, even though the cores were taken from opposite sides of the planet.

In the April 4, 2013 online edition of the journal Science Express, they describe the find, which they call the first annually resolved “Rosetta Stone” with which to compare other climate histories from Earth’s tropical and subtropical regions over the last two millennia.

The cores provide a new tool for researchers to study Earth’s past climate, and better understand the climate changes that are happening today.

“In fact, having drilled ice cores throughout the tropics for more than 30 years, we now know that this is the highest-resolution tropical ice core record that is likely to be retrieved.”

They are also special because of where they formed, atop the high Andean altiplano in southern Peru. Most of the moisture in the area comes from the east, in snowstorms fueled by moist air rising from the Amazon Basin. But the ice core-derived climate records from the Andes are also impacted from the west — specifically by El Niño, a temporary change in climate, which is driven by sea surface temperatures in the tropical Pacific.

El Niño thus leaves its mark on the Quelccaya ice cap as a chemical signature (especially in oxygen isotopes) indicating sea surface temperatures in the equatorial Pacific Ocean over much of the past 1,800 years.

Ellen Mosley-Thompson, distinguished university professor of geography at Ohio State and director of the Byrd Polar Research Center, explained that the 2003 expedition to Quelccaya was the culmination of 20 years of work.

The Thompsons have drilled ice cores from glaciers atop the most remote areas of the planet — the Chinese Himalayas, the Tibetan Plateau, Kilimanjaro in Africa, and Papua Indonesia among others — to gauge Earth’s past climate. Each new core has provided a piece of the puzzle, as the researchers measured the concentrations of key chemicals preserved in thousands of years of accumulated ice.

A 1983 trip to Quelccaya yielded cores that earned the research team their first series of papers in Science. The remoteness of the site and the technology available at the time limited the quality of samples they could obtain, however. The nearest road was a two-day walk from the ice cap, so they were forced to melt the cores in the field and carry samples back as bottles of water. This made some chemical measurements impossible, and diminished the time resolution available from the cores.

“Due to the remoteness of the ice cap, we had to develop new tools such as a light-weight drill powered by solar panels to collect the 1983 cores. However, we knew there was much more information the cores could provide” Mosley-Thompson said. “Now the ice cap is just a six-hour walk from a new access road where a freezer truck can be positioned to preserve the cores. So we can now make better dust measurements along with a suite of chemical analyses that we couldn’t make before.”

The cores will provide a permanent record for future use by climate scientists, Thompson added. This is very important, as plants captured by the advancing ice cap 6,000 years ago are now emerging along its retreating margins, which shows that Quelccaya is now smaller than it has been in six thousand years.

“The frozen history from this tropical ice cap — which is melting away as Earth continues to warm — is archived in freezers at -30ºC so that creative people will have access to it 20 years from now, using instruments and techniques that don’t even exist today,” he said.

Coauthors on the study include Mary Davis, Victor Zagorodnov, and Ping-Nan Lin of Byrd Polar Research Center; Ian Howat of the School of Earth Sciences at Ohio State; and Vladimir Mikhalenko of the Russian Academy of Sciences. Funding was provided by the National Science Foundation’s Paleoclimatology Program and Ohio State’s Climate, Water and Carbon Program.

Note : The above story is reprinted from materials provided by Ohio State University, via Newswise. 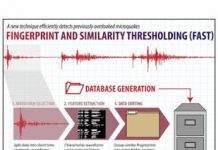 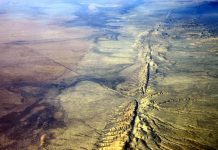 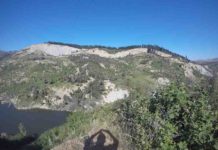 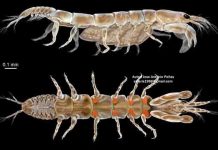