Researchers still have much to learn about the volcanism that shaped our planet’s early history. New evidence from a team led by Carnegie’s Frances Jenner demonstrates that some of the tectonic processes driving volcanic activity, such as those taking place today, were occurring as early as 3.8 billion years ago. Their work is published in Geology.

Upwelling and melting of Earth’s mantle at mid-ocean ridges, as well as the eruption of new magmas on the seafloor, drive the continual production of the oceanic crust. As the oceanic crust moves away from the mid-ocean ridges and cools it becomes denser than the underlying mantle. Over time the majority of this oceanic crust sinks back into the mantle, which can trigger further volcanic eruptions. This process is known as subduction and it takes place at plate boundaries.

Volcanic eruptions that are triggered by subduction of oceanic crust are chemically distinct from those erupting at mid-ocean ridges and oceanic island chains, such as Hawaii. The differences between the chemistry of magmas produced at each of these tectonic settings provide ‘geochemical fingerprints’ that can be used to try to identify the types of tectonic activity taking place early in Earth’s history.

Previous geochemical studies have used similarities between modern subduction zone magmas and those erupted about 3.8 billion years ago, during the Eoarchean era, to argue that subduction-style tectonic activity was taking place early in Earth’s history. But no one was able to locate any suites of volcanic rocks with compositions comparable to modern mid-ocean ridge or oceanic island magmas that were older than 3 billion years and were also free from contamination by continental crust.

Because of this missing piece of the puzzle, it has been ambiguous whether the subduction-like compositions of volcanic rocks erupted 3.8 billion years ago really were generated at subduction zones, or whether this magmatism should be attributed to other processes taking place early in Earth’s history. Consequently, evidence for subduction-related tectonics earlier than 3 billion years ago has been highly debated in scientific literature.

Jenner and her team collected 3.8 billion-year-old volcanic rocks from Innersuartuut, an island in southwest Greenland, and found the samples have compositions comparable to modern oceanic islands, such as Hawaii.

“The Innersuartuut samples may represent the world’s oldest recognized suite of oceanic island basalts, free from contamination by continental crust,” Jenner said. “This evidence strengthens previous arguments that subduction of oceanic crust into the mantle has been taking place since at least 3.8 billion years ago.”

Note: The above story is reprinted from materials provided by Carnegie Institution. 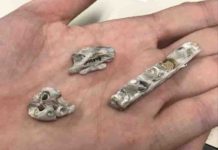 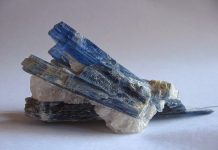