Home Earthquake Assessing California Earthquake Forecasts
Share on Facebook
Tweet on Twitter
Earthquake prediction remains an imperfect science, but the best forecasts are about 10 times more accurate than a random prediction, according to a study published Sept. 26 in the Proceedings of the National Academy of Sciences.
In the study, UC Davis researchers compare seven different earthquake forecasts (including their own) that were submitted to a competition organized by the Southern California Earthquake Center.
The findings should help researchers both develop better earthquake forecasts and improve their tools for assessing those forecasts, said Donald Turcotte, a distinguished professor of geology at UC Davis and co-author of the paper.
The center launched the competition in 2005 based on a previous forecast published by the UC Davis group in 2001. Teams were invited to forecast the probability of an earthquake of magnitude 4.95 or greater, from Jan. 1, 2006, to Dec. 31, 2010, in almost 8,000 grid squares covering California and bordering areas.
During this time, 31 earthquakes struck in 22 grid squares, with the largest being the magnitude 7.2 earthquake just south of the U.S.-Mexican border in April 2010. All seven forecasts showed some utility in forecasting the locations of likely earthquakes: The best forecasts were about 10 times better than a random forecast.
The forecast submitted by the UC Davis group was the most accurate in picking the locations of the earthquakes, correctly labeling 17 of 22 grids and giving the highest probability of an earthquake in eight of these 17. Using a different forecasting method, Agnes Helmstetter of UCLA and colleagues gave the highest average probability of an earthquake for all 22 affected grids, although it did less well at assigning a higher probability to grid squares where an earthquake occurred.
“Just as there are alternative ways to forecast earthquakes, there are also alternative ways to evaluate the success of the forecasts,” Turcotte said, noting that other publications evaluating the forecasts are expected.
The UC Davis group includes professors John Rundle and Turcotte, postdoctoral researcher James Holliday, and graduate students Ya Ting Lee and Michael Sachs. Also contributing were Chien-Chih Chen, National Central University, Taiwan; Kristy Tiampo, University of Western Ontario; and Andrea Donnellan of the Jet Propulsion Laboratory, Pasadena.
Note: This story has been adapted from a news release issued by the University of California – Davis 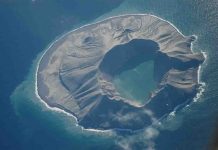 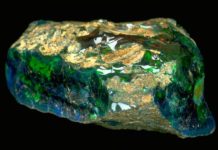 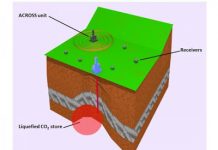 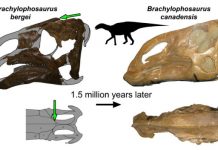