Ellison’s Cave is a pit cave located in Walker County, on Pigeon Mountain in the Appalachian Plateaus of Northwest Georgia. It is the 12th deepest cave in the United States and features the deepest, unobstructed underground pitch in the continental US named Fantastic Pit. The cave is over 12 miles long and extends 1063 feet vertically.

Ellison’s features a number of underground vertical pitches including the two deepest pits in the continental United States: Fantastic (586 feet) and Incredible (440 feet). These two pits lie on opposite sides of the cave. Nearby and parallel to Fantastic are Smokey I (500 feet), Smokey II (262 feet), and other extremely deep pitches. There are over 7 routes to reach the bottom level of the cave from the Fantastic side. Fantastic and Smokey I both extend to TAG Hall, a passage at the bottom of the cave. To reach Fantastic, or the large pits on the Fantastic side, cavers must also descend the Warm Up pit (125 feet).

Ellison’s is a solution cave in the Ridge and Valley geologic region of northwest Georgia and lies within a bedrock fault in Pigeon Mountain. During the Ordovician Period, tectonic subduction responsible for forming the Appalachians left a number of seismically active fault lines stretching from northern Alabama to eastern Tennessee. Continued orogeny created a large fault zone in the bedrock throughout the southern Appalachians and northern Georgia. This fracturing along with the proliferation of gypsum and limestone contributes to the exceptional depth of Ellison’s. 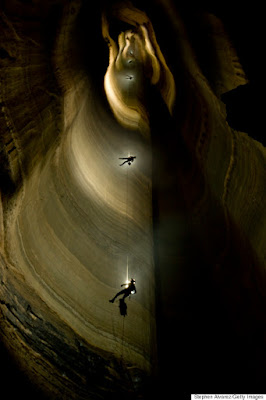 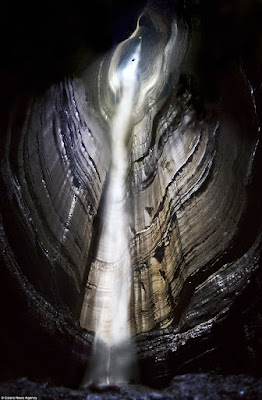 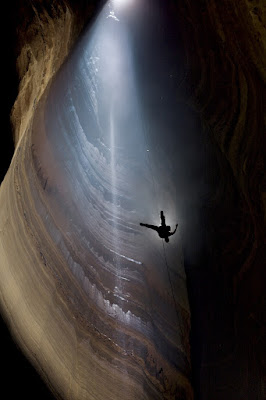 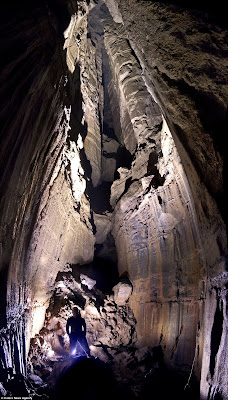 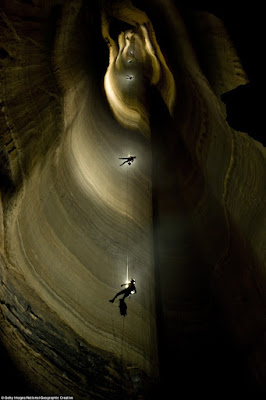 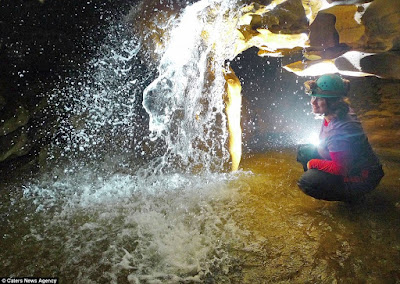 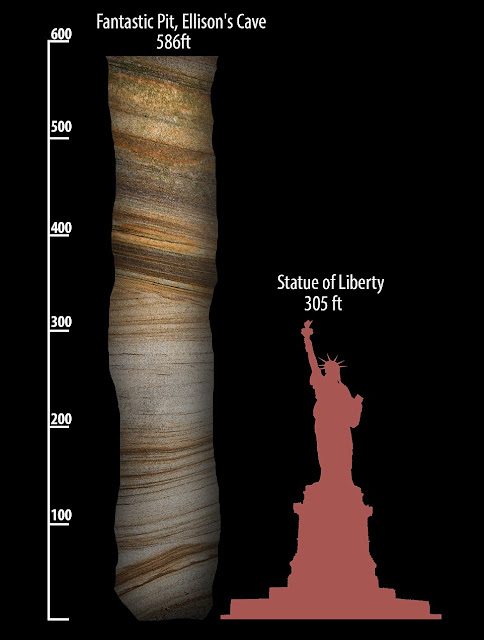