A new study made by researchers at the Institute of Earth Sciences Jaume Almera of the Spanish National Research Council (ICTJA-CSIC) has been able to describe the effects of the lithospheric structure on the topography of the Strait of Gibraltar area. This new research shows the deep structure of the plate boundary between Africa and Eurasia across the Gibraltar Arc. It describes the distribution of density, temperature and composition of the lithosphere and sublithosphere (up to 400 km deep).

The study, published recently in Journal of Geophysical Research: Solid Earth, estimates that the topography of the Strait of Gibraltar in the orogenic domain of the Betics and the Rif subsides by 1500 meters and is linked to the subduction in the Gibraltar Arc region.

“We’ve been able to describe the lithospheric geometry and to identify sublithospheric anomalies of temperature and density and to link them with their topographic effects on the surface, in the area of the Gibraltar Strait and the Alborán Sea,” said Ivone Jiménez-Munt, a researcher at the ICTJA-CSIC and first author of the study.

“The thickening of the lithosphere beneath the Betics and Rif tectonic domain is linked with the subduction of the Iberian plate, visible in the seismic tomography. We estimate that the weight of this lithospheric slab sinking into the mantle may have pulled down the topography of the Strait of Gibraltar by about 1500 m,” said Jiménez- Munt.

“The latest part of this subsidence could be responsible for the reconnection of the Atlantic Ocean and the Mediterranean Sea, leading to the reflooding of the Mediterranean after the Messinian Salinity Crisis,” researchers stated in the article.

The new model proposed in this study constructs the lithospheric structure along a 945 km long geotransect, a profile that extends from the south of the South Iberian Massif to the Anti-Atlas, crossing the Betics-Rif orogen, the Strait of Gibraltar, and the Atlas Mountains. The study area is the result of the convergence between the African plate, moving towards the north, and the Iberian plate.

The work shows significant variations at the boundary between the lithosphere, the outermost Earth layer that includes the crust and part of the upper mantle, and the asthenosphere, a denser and more fluid layer of the mantle, over which the lithosphere moves. Under the Betics and Rif mountain ranges the boundary between lithosphere and asthenosphere reaches its maximum values, about 220 and 260 km deep, respectively.

“While we were developing the model, we found difficulties in fitting all the observables. We detected anomalies in the geoid and gravimetric data,” said Ivone Jiménez- Munt. “The geoid is very sensitive to deep density anomalies,” she added. These mismatches could only be explained by the presence of the subducting slab of the Iberian plate under the Alboran Sea east of the studied profile.

“We think that this colder and heavier sinking plate may have some influence on the detected anomaly of the geoid,” said Jiménez-Munt. Researchers incorporated a body with the same geochemical composition as the Iberian plate and colder than the surrounding asthenosphere into the model. They were then able to fit the observables. “This sublithospheric anomaly incorporated into the model simulates the subducting plate. By estimating its density, we were able to simulate its effect on the surface,” explained Jiménez- Munt.

The studied area is complex. “This is the plate boundary between Africa and Eurasia, but in this area, the boundary is diffused and producing a large deformation area. In the past, this boundary had been jumping between the south of the Iberian Peninsula and the north, in the Pyrenees, and at present is distributed between the Betics and North Africa. Although it is a convergent boundary, there had been periods of extension, and the hypothesis that it is an arcuate subduction is becoming stronger; that is, a subduction characterized by “breaking off ” of the subducting slab from its upper part from east to west,” says Jiménez- Munt. 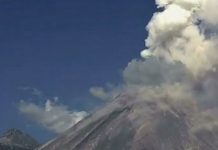 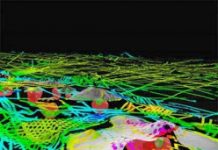 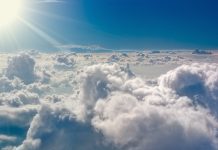