On a November afternoon in 2017, a magnitude 5.5 earthquake shook Pohang, South Korea, injuring dozens and forcing more than 1,700 of the city’s residents into emergency housing. Research now shows that development of a geothermal energy project shoulders the blame.

“There is no doubt,” said Stanford geophysicist William Ellsworth. “Usually we don’t say that in science, but in this case, the evidence is overwhelming.” Ellsworth is among a group of scientists, including Kang-Kun Lee of Seoul National University, who published a perspective piece May 24 in Science outlining lessons from Pohang’s failure.

The Pohang earthquake stands out as by far the largest ever linked directly to development of what’s known as an enhanced geothermal system, which typically involves forcing open new underground pathways for Earth’s heat to reach the surface and generate power. And it comes at a time when the technology could provide a stable, ever-present complement to more finicky wind and solar power as a growing number of nations and U.S. states push to develop low-carbon energy sources. By some estimates, it could amount to as much as 10 percent of current U.S. electric capacity. Understanding what went wrong in Pohang could allow other regions to more safely develop this promising energy source.

Conventional geothermal resources have been generating power for decades in places where heat and water from deep underground can burble up through naturally permeable rock. In Pohang, as in other enhanced geothermal projects, injections cracked open impermeable rocks to create conduits for heat from the Earth that would otherwise remain inaccessible for making electricity.

“We have understood for half a century that this process of pumping up the Earth with high pressure can cause earthquakes,” said Ellsworth, who co-directs the Stanford Center for Induced and Triggered Seismicity and is a professor in the School of Earth, Energy & Environmental Sciences (Stanford Earth).

Here, Ellsworth explains what failed in Pohang and how their analysis could help lower risks for not only the next generation of geothermal plants, but also fracking projects that rely on similar technology. He also discusses why, despite these risks, he still believes enhanced geothermal can play a role in providing renewable energy.

How does enhanced geothermal technology work?

Operators drilling a geothermal well line it with a steel tube using the same process and technology used to construct an oil well. A section of bare rock is left open at the bottom of the well. They pump water into the well at high pressure, forcing open existing fractures or creating new ones.

Sometimes these tiny fractures make tiny little earthquakes. The problem is when the earthquakes get too big.

What led to the big earthquake in Pohang, South Korea?

When they began injecting fluids at high pressure, one well produced a network of fractures as planned. But water injected in the other well began to activate a previously unknown fault that crossed right through the well.

Pressure migrating into the fault zone reduced the forces that would normally make it difficult for the fault to move. Small earthquakes lingered for weeks after the operators turned the pumps off or backed off the pressure. And the earthquakes kept getting bigger as time went by.

Recommended For You  More Americans at risk from strong earthquakes, says new report

That should have been recognized as a sign that it wouldn’t take a very big kick to trigger a strong earthquake. This was a particularly dangerous place. Pressure from the fluid injections ended up providing the kick.

What are the current methods for monitoring and minimizing the threat of earthquakes related to fluid injection for geothermal or other types of energy projects?

Civil authorities worldwide generally don’t want drilling and injection to cause earthquakes big enough to disturb people. In practice, authorities and drillers tend to focus more on preventing small earthquakes that can be felt rather than on avoiding the much less likely event of an earthquake strong enough to do serious harm.

With this in mind, many projects are managed by using a so-called traffic light system. As long as the earthquakes are small, then you have a green light and you go ahead. If earthquakes begin to get larger, then you adjust operations. And if they get too big then you stop, at least temporarily. That’s the red light.

Many geothermal, oil and gas projects have also been guided by a hypothesis that as long as you don’t put more than a certain volume of fluid into a well, you won’t get earthquakes beyond a certain size. There may be some truth to that in some places, but the experience in Pohang tells us it’s not the whole story.

The potential for a runaway or triggered earthquake always has to be considered. And it’s important to consider it through the lens of evolving risk rather than hazard. Hazard is a potential source of harm or danger. Risk is the possibility of loss caused by harm or danger. Think of it this way: An earthquake as large as Pohang poses the same hazard whether it strikes in a densely populated city or an uninhabited desert. But the risk is very much higher in the city.

The probability of a serious event may be small, but it needs to be acknowledged and factored into decisions. Maybe you would decide that this is not such a good idea at all.

For example, if there’s a possibility of a magnitude 5.0 earthquake before the project starts, then you can estimate the damages and injuries that might be expected. If we can assign a probability to earthquakes of different magnitudes, then civil authorities can decide whether or not they want to accept the risk and under what terms.

As the project proceeds, those conversations need to continue. If a fault ends up being activated and the chance of a damaging earthquake increases, civil authorities and project managers might say, “we’re done.”

From everything you’ve learned about what happened at Pohang, do you think enhanced geothermal development should slow down?

Natural geothermal systems are an important source of clean energy. But they are rare and pretty much tapped out. If we can figure out how to safely develop power plants based on enhanced geothermal systems technology, it’s going to have huge benefits for all of us as a low-carbon option for electricity and space heating. 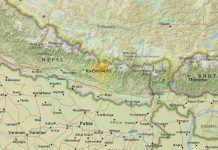 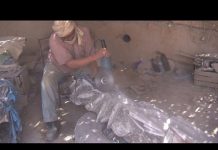 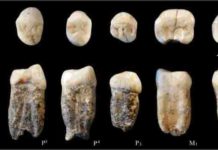 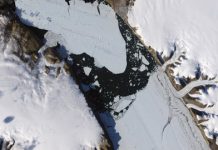