Data produced by internet users can help to speed up the detection of earthquakes. Fast and accurate information is essential in the case of earthquakes: Epicentre location, depth and magnitude are minimum requirements to reliably estimate their possibly catastrophic consequences.

An international team of scientists has presented a method to combine in real time data from seismic networks with information derived from users looking for earthquake information on specific websites, the smartphone LastQuake app and via Twitter. This method significantly reduces the time needed to detect and locate those earthquakes that are felt by the public. The team reported about their results in the journal Science Advances.

Robert J. Steed, Amaya Fuenzalida and Remy Bossu of the European-Mediterranean Seismological Centre (EMSC) in France carried out the research with colleagues from France, Hungary and Germany. The EMSC is one of the top global earthquake information centers which distributes global seismic data for free to the public via its websites (http://www.emsc-csem.org, m.emsc.eu) and its LastQuake smartphone app and Twitter.

It also promotes the use of crowdsourcing to collect eyewitness reports, photos and videos following earthquakes in order to improve situational awareness. This research was done in collaboration with István Bondár (MTA CSFK), an expert in seismic location and the global earthquake monitoring service of the German Centre for Geosciences, GEOFON, which is among the fastest sources for earthquake information world-wide. GEOFON operates a network of around one hundred stations and combines this real-time data with that of other open networks to automatically analyze earthquake activity world-wide.

Usually within three to eight minutes after an earthquake, software developed at GFZ is able to compute location and magnitude of the earthquake. This information is made available online and shared immediately with partner organizations. The new method to compute location can accelerate the detection time to only one to three minutes for felt earthquakes. After feeling an earthquake, people tend to rapidly seek information from the internet or tweet about their observations.

The sudden increase in demand for earthquake information from websites like the EMSC can be detected and an approximate determination made of their geographical origin. This crowdsourcing data collected by the EMSC, in combination with seismic data provided by GFZ, accelerates the detection of felt earthquakes. The algorithm incorporates usage of the EMSC websites and the EMSC’s smartphone app LastQuake as well as searching for the word “earthquake” in 59 languages on Twitter.

The team used the crowdsourcing approach to analyze more than 1500 earthquakes during the years 2016 and 2017. The time required to arrive at a reliable detection could be reduced by on average more than a minute compared to the analysis of only seismic data. 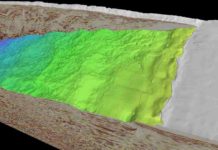 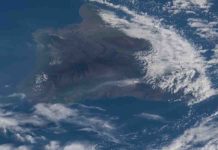 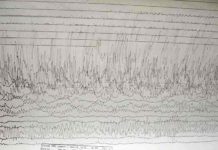 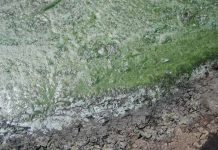 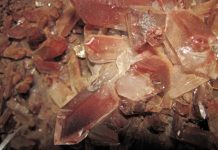