The Tibetan Plateau today is on average 4,500 meters above sea level. It is the biggest mountain-building zone on Earth. Most analyses to date indicated that, back in the Eocene period some 40 million years ago, the plateau was about as high as it is today. Dr. Svetlana Botsyun of the University of Tübingen’s Geoscience Department tested this theory using comprehensive tools. Working with an international team of colleagues, she made use of a wide range of palaeoclimate data and came to a surprising conclusion: The data showed that the plateau had an elevation of no more than 3,000 meters in the Eocene. This new scenario helps researchers to understand the geological forces involved in the formation of mountain ranges along the edges of tectonic plates. The study has been published in the latest edition of the journal Science.

The Tibetan Plateau is located on the border of the Eurasian continental plate, which is colliding with the Indian plate. This collision has led to the uplift of the plateau over millions of years. In order to determine the elevation of mountains over the course of Earth’s geological history, researchers often use a special geological archive – the water stored in the ground millions of years ago. The method is based on the relationship between various stable oxygen isotopes – oxygen atoms of differing mass.

The underlying theory says that rain contains fewer heavy isotopes the higher it falls. This means that geoscientists can draw conclusions about the previous altitude of the location from which the sample was taken. For the Tibetan Plateau, the samples yielded data for an altitude of about 4,000 meters in the Eocene. “We questioned these results because the distribution of the oxygen isotopes not only indicates the altitude above sea level, it also reflects the influence of palaeoclimate,” Svetlana Botsyun explains.

Interplay of many factors

In the Eocene – the geological period from about 56 to 33.9 million years ago – the concentration of carbon dioxide and other greenhouse gases in the atmosphere was far higher than it is today. Asia’s temperature distribution and geography were also very different. There was a large, shallow sea – which geologists call the Paratethys – bordering the Eurasian Plate. And the Indian continental plate was ten degrees latitude further south from its current position. “All these conditions in the Eocene had an effect on the proportion of oxygen isotopes, so we included them in our climate simulations,” Dr. Botsyun says. That resulted in a completely different picture.

“Our simulations showed that, due to Tibet’s more southerly position in the Eocene, the isotope relationships in rainwater were actually reversed. On the southern flank of Tibet, heavier water was precipitated at higher altitudes,” says Svetlana Botsyun. “Therefore we must abandon the conventional wisdom that there was a uniform relationship between the mountain elevation and the proportion of heavy oxygen isotopes in rainwater during earlier geological periods.”

The team’s new findings fit with a scenario in which the Tibetan Plateau appears to have been no more than 3,000 meters high. “In the future we will combine climate models with the isotopic data from the geological archives to obtain reliable data on elevation in earlier phases of the Earth’s history,” Dr. Botsyun explains. 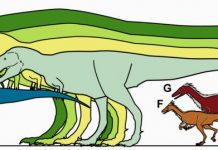 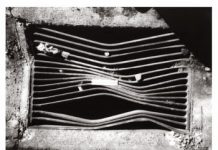 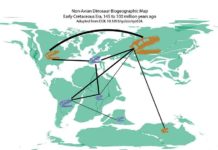 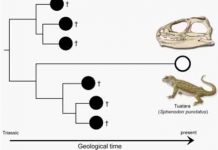