World War II-era oil pumping under Los Angeles likely triggered a rash of mid-sized earthquakes in the 1930s and 1940s, potentially leading seismologists to overestimate the earthquake potential in the region, according to new research published in AGU’s Journal of Geophysical Research: Solid Earth.

Six independent earthquakes and two aftershocks of magnitude 4.4 to 5.1 shook L.A. between 1935 and 1944, a rate of about one every two years. The area also experienced a higher rate of low-intensity earthquakes during that time frame. After 1945, the rate dropped to one moderate earthquake every seven years.

The new study re-examined historical information about the earthquakes from archived newspaper reports of earthquake damage, postcard questionnaires collected by the Coast and Geodetic Survey, and other sources pulled from old files and the dusty corners of cyberspace.

The authors used this information to refine the earthquake locations identified by early earth-motion sensors. The first seismometers in the United States began monitoring earthquake activity in the L.A. region in 1932. It is known that these early instruments could err in locating earthquake epicenters by tens of miles because of the limitations of their clocks, and because the low-sensitivity instruments were so few, according to the study’s authors. Extrapolation of earthquake location from seismometer recordings relies on accurate time measurements.

Damage reports, which often specified street addresses or intersections, pinpointed confined regions of maximum damage at a distance from the locations indicated by these early seismometers and close to many active oil fields, according to the new research. The new study modeled stress on local faults based on archived data, finding areas of high stress matched the relocated epicenters.

“All these little earthquakes happened in the 1930s. It looked like the L.A. region was very active seismically, and of course it is quite active, but if you throw away those earthquakes induced by oil you come up with a lower rate of seismicity,” said Roger Bilham, a geologist at the University of Colorado Boulder and an author of the new study.

Unlike recent earthquakes associated with hydraulic fracturing in Oklahoma, the mid-century events were not caused by deep fluid injection but were likely caused by taking oil out of the ground, according to the new study.

The wide adoption in the late 1950s of water-flooding wells to recover more oil from waning reserves likely resolved the problem by balancing the volume of oil extracted with water injected, a technique now used around the world. Oil production does not cause earthquakes in L.A. today.

Most earthquakes in California are naturally caused and the L.A. region is seismically active. The new study’s authors said human industry in the L.A. basin in early twentieth century likely pushed some faults that were already under stress over the edge.

“If you do anything to the Earth, it always offers you an answer.” Bilham said. “These earthquakes that we modeled probably would have happened in the next few hundred years anyway. If an earthquake’s about to go, it doesn’t take much to make it happen sooner.”

More than 9 billion barrels of oil have come out of the ground in the L.A. region since pioneering oil barons first tapped the Los Angeles City oil field in 1892.

Three of the earthquakes investigated in the new study occurred in the Wilmington and Torrence fields, where operators ramped up production rapidly in the late 1930 and early 1940s to support demand from the war. Oil companies sank more wells and drilled deeper, reaching the depth of active faults. The new study noted a pattern of earthquakes occurring within a few months of well expansion below 3 kilometers (1.9 miles).

The new study argues the cluster of earthquakes in the 1930s and 1940s could not be explained as aftershocks of the 1933 magnitude-6.3 Long Beach earthquake, as has been proposed by some seismologists, but were more likely instigated by pressure changes from pumping oil.

The oil companies themselves knew pumping was causing earthquakes, according to Bilham, because frequent small quakes within the oilfields damaged the wells, sometimes shutting down production for months. The expense of compensating for small earthquakes partially motivated the adoption of secondary oil recovery through water-flooding, he said.

“It turns out it would be almost impossible for the things they were doing in the 1930s not to produce earthquakes,” Bilham said. “In California, they were sucking out the oil so fast they were setting up these giant stresses near the oil fields, forces enough to break rock. And we know that they did break the rock because they produced earthquakes in the oil fields that severed the pipes.”

Pumping increased the risk of sudden movement in nearby faults because removing fluid from the ground dropped the pressure under the wells, pulling on the surrounding rock.

Land sagged over sites of active pumping, sometimes leaving a visible dimple on the landscape. Based on records of the volume of oil pumped from the fields and the amount of subsidence, the authors of the new study calculated stresses induced in the rock. Damage reports from the time matched the areas of high stress.

“We know exactly how much Long Beach subsided, and we also know how much oil had been extracted and at what depth. So we were able to do a calculation to see whether the two things matched, and the calculation showed that it did,” Bilham said. “Armed with that, we asked ourselves what kinds of stresses occur at oil field depths, or near where these earthquakes were occurring. The stress turns out to be huge.”

David Simpson, president emeritus of the Incorporated Research Institutions for Seismology and a seismologist uninvolved in the new study, said scientists are constrained by the data available when looking at old cases, and there is always some possibility that these earthquakes were natural events, but he found the approach persuasive. Bringing relatively well-documented historic cases into discussion, he said, is important to advance policy, as well as the scientific and technical understanding of earthquakes.

“Going back and looking at old data with modern techniques—it’s a way of dusting off old cold cases in seismology, being the detective and trying to put the pieces together,” Simpson said. “It’s important to go back and look at these older cases and they’ve done, I think, a very careful job of reevaluating the data and looking for the possible connections.” 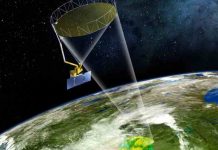 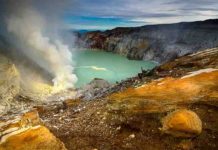 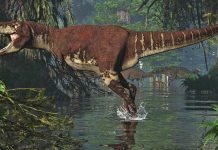