Hawaiʻi Volcanoes National Park, established on August 1, 1916, is an American National Park located in the U.S. state of Hawaii on the island of Hawaii. It encompasses two active volcanoes: Kīlauea, one of the world’s most active volcanoes, and Mauna Loa, the world’s most massive shield volcano. The park delivers scientists insight into the birth of the Hawaiian Islands and ongoing studies into the processes of volcanism. For visitors, the park offers dramatic volcanic landscapes as well as glimpses of rare flora and fauna.

Hawaii emerged from the sea millions of years ago, forged by the power of volcanoes. Over time, volcanoes have formed some of our most iconic landscapes. Today, Hawaii Volcanoes National Park on the Island of Hawaii is one of the few places in the world where visitors can come face to face with an active volcano—a truly unforgettable experience.

Hawaii’s main volcanoes are “shield” volcanoes, which produce lava flows that form gently sloping, shield-like mountains. A good example is Maunaloa, the most massive mountain on earth, deceptively covering half of Hawaii Island. Standing with this sleeping giant beneath your feet will give you a greater respect for earth’s ever-changing landscapes.

There are currently three active volcanoes in Hawaii. On the Island of Hawaii, you’ll find Maunaloa and Kilauea in Hawaii Volcanoes National Park. Maunaloa last erupted in 1984, and Kilauea has been continuously erupting since 1983. Loihi is located underwater off the southern coast of Hawaii Island. Erupting since 1996, this emerging seamount may eventually break the surface, adding a new island to the Hawaiian chain. 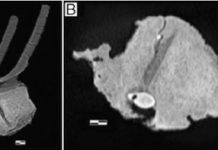