Senckenberg scientists have studied the diet of anatomically modern humans. With their recent study, published in the journal Scientific Reports, they were able to refute the theory that the diet of early representatives of Homo sapiens was more flexible than that of Neanderthals. Just like the Neanderthals, our ancestors had mainly mammoth and plants on their plates — the researchers were unable to document fish as part of their diet. Therefore, the international team assumes that the displacement of the Neanderthals was the result of direct competition.

The first representatives of Homo sapiens colonized Europe around 43,000 years ago, replacing the Neanderthals there approximately 3,000 years later. “Many studies examine the question of what led to this displacement — one hypothesis postulates that the diet of the anatomically modern humans was more diverse and flexible and often included fish,” explains Prof. Dr. Hervé Bocherens of the Senckenberg Center for Human Evolution and Palaeoenvironment (HEP) at the University of Tübingen

Together with his colleague, Dr. Dorothée Drucker, the biogeologist from Tübingen now set out to get to the bottom of this hypothesis. In conjunction with an international team, he studied the dietary habits of early modern man on the basis of the oldest know fossils from the Buran Kaya caves on the Crimean Peninsula in the Ukraine. “In the course of this study, we examined the finds of early humans in the context of the local fauna,” explains Drucker, and she continues, “Until now, all analyses of the diet of early modern humans were based on isolated discoveries; therefore, they are very difficult to interpret.”

In order to reconstruct our ancestor’s menu — despite the lack of a fossil dietary record — the team around the scientists from Tübingen measured the percentage of stable carbon and nitrogen isotopes in the bones of the early humans and the locally present potential prey animals such as Saiga, horses, and deer. In addition, they also analyzed the nitrogen-15 content of individual amino acids, making it possible to not only determine the origin, but also the proportion of the nitrogen. “Our results reveal a very high proportion of the nitrogen isotope 15N in early modern humans,” adds Bocherens, and he continues, “However, contrary to our previous assumptions, these do not originate from the consumption of fish products, but primarily from mammoths.”

And yet another result came as a surprise for the scientists: The proportion of plants in the diet of the anatomically modern humans was significantly higher than in comparable Neanderthal finds — mammoths, on the other hand, appear to have been one of the primary sources of meat in both species.

“According to our results, Neanderthals and the early modern humans were in direct competition in regard to their diet, as well — and it appears that the Neanderthals drew the short straw in this contest,” adds Drucker in conclusion. 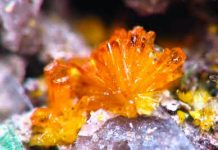 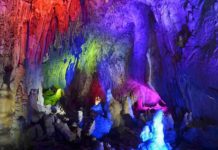 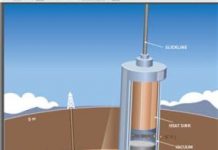 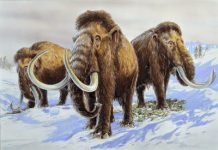