The Eastern Tennessee Seismic Zone (ETSZ), a zone of small earthquakes stretching from northeastern Alabama to southwestern Virginia, may have generated earthquakes of magnitude 6 or greater within the last 25,000 years, according to a study published June 27 in the Bulletin of the Seismological Society of America.

The ETSZ is the second-most active natural seismic zone in the central and eastern United States, behind the New Madrid Seismic Zone in the Mississippi River region that produced the 1811-1812 magnitude 7+ earthquakes. In historic times, the ETSZ has not produced earthquakes larger than magnitude 4.8.

The ETSZ region is home to several nuclear power plants and hydroelectric dams related to the Tennessee Valley Authority, along with major population centers such as Knoxville and Chattanooga, making it important to determine whether the region is capable of a large damaging earthquake.

Randel Cox of the University of Memphis and colleagues searched for signs of ancient earthquakes below the muddy waterline of Douglas Lake, a 1943 Tennessee Valley Authority lake created by impounding the French Broad River. The level of the lake is drawn down in winter to accommodate snowmelt, which exposes river sediments and the signs of past seismic activity.

At two sites along the lake, the researchers uncovered clay-filled fractures, signs of soil liquefaction and polished rock shear fractures called slickenlines, that point to at least three past earthquakes in the area. At one site, a thrust fault with one meter displacement suggests that one of the earthquakes could have been magnitude 6 or even larger.

A combination of features convinced Cox and colleagues that they were looking at a record of past earthquakes rather than signs of an ancient landslide. The researchers are collecting data now indicating that these features cross valley floors, which “strongly corroborate the results of this paper, that these features are related to earthquakes,” said Cox.

Using a technique called optically stimulated luminescence to assign dates to the minerals contained in sediments surrounding these seismic features, Cox and colleagues narrowed the possible ages of these earthquakes to between 25,000 and 15,000 years ago. This would place them in the late Pleistocene, during the last North American ice age.

“I think we’ve got a pretty good case that this is related to active faulting, and that it does demonstrate that at least in periods of time in the past there have been strong earthquakes in the ETSZ,” said Cox.

Cox said it might be possible that these large earthquakes were only active during the late Pleistocene, when seismic stresses in the crust changed with the advance and retreat of massive ice sheets. “But we don’t have enough data right now to say whether or not this is some kind of ephemeral or maybe periodic activity,” he noted.

Post-ice age sediments, which might tell us more about the current potential for large earthquakes in the region, are mostly underwater as a result of Tennessee Valley Authority projects, Cox added.

Cox and colleagues also note that their study adds to a body of research suggesting that the Appalachian Mountains are undergoing a new period of uplift. “The ETSZ is right along the Smoky Mountains, which are a subrange of the Appalachians,” Cox said. “We may have found a fault that is accommodating the uplift of the Smokies.”

Reference:
“Paleoseismic evidence for multiple Mw 6 earthquakes in the Eastern Tennessee seismic zone during the late Quaternary,” Bulletin of the Seismological Society of America (2017). DOI: 10.1785/0120160161 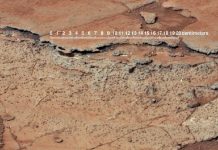 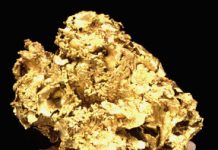 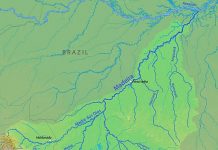 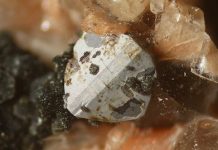