The resurrection of vanished species — through cutting-edge technologies such as gene-editing — should be targeted towards recently extinct species rather than ancient ones, according to a leading University of Otago conservation biologist.

In a guest editorial newly published online in the journal Functional Ecology, Professor Philip Seddon of the University’s Department of Zoology suggests that long-gone species such as the woolly mammoth would not be the best focus for de-extinction efforts.

Professor Seddon says the prospect of resurrecting species through cloning or genetic reconstruction through tools such as CRISPR gene-editing has caught the imagination of scientists and the public alike.

“However, while the idea of resurrecting mammoths, for example, might hold a ‘wow-factor’ appeal, efforts would likely be better directed instead towards species where the conservation benefits are clearer.

“The ecological niches in which mammoths — or moa for instance — once lived, no longer exist in any meaningful way. If we were to bring such species back, apart from just as scientific curios, these animals would likely be inherently maladapted to our modern eco-systems.”

Instead, using cloning techniques to re-establish ‘proxies’ of species that have recently become extinct should be the focus, along with determined efforts to prevent endangered species dying out in the first place, he says.

“The money and considerable effort required to resurrect, reintroduce, and manage in the wild, viable populations of once-extinct species means there will inevitably be fewer resources available to manage threats facing the very many species that are currently at risk of dying out, but could still be saved.”

Professor Seddon suggests that de-extinction projects will inevitably be pursued.

“The reality of the idea is too sexy to ignore, and it could be driven by aesthetic, commercial, scientific, or some other hitherto unanticipated imperatives and motivations,” he suggests.

Commenting on the de-extinction papers appearing in the special issue of Functional Ecology, Professor Seddon concludes that there are two principal messages arising from the articles.

“The first is that the risks and the uncertainties involved will be hugely reduced, and hence the likelihood of achieving a conservation benefit from the production and release of resurrected species will be enhanced, if de-extinction candidates are drawn from the most recent extinctions.

“Second, and perhaps most importantly, extinction of any species marks a significant threshold that once crossed, cannot be fully reversed, despite the apparent promise of powerful new technologies.

“Our primary conservation objective must therefore be, as it always has been, avoiding species loss, and one the most significant contributions to be made by ‘de-extinction technology’ might well be to prevent extinctions in the first place.” 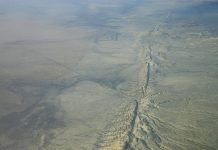 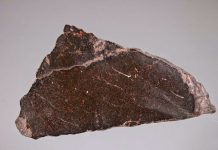 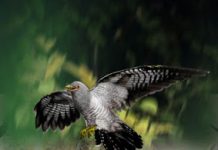 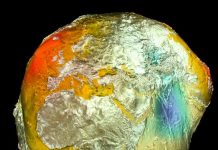