For decades, radiocarbon dating has been a way for scientists to get a rough picture of when once-living stuff lived. The method has been revolutionary and remains one of the most commonly used dating methods to study the past.

Pearson, an assistant professor of dendrochronology at the University of Arizona, studies the past lives of trees to better understand the history of civilizations. Dendrochronology and radiocarbon dating have intertwined histories, she explains, with roots firmly planted at the UA.

A 1929 edition of National Geographic boasts, “The Secret Of The Southwest Solved By Talkative Tree Rings.” The 35-page article, penned in whimsical prose, was written by Andrew Douglass, the UA scientist who invented tree ring science.

Douglass was a polymath. In addition to his work as an astronomer at the UA’s Steward Observatory, Douglass was the first to discover that tree rings record time.

“Every year the trees in our forests show the swing of Time’s pendulum and put down a mark. They are chronographs, recording clocks, by which the succeeding seasons are set down through definite imprints,” he wrote in the pages of National Geographic.

In its most conventional form, dendrochronology works like this. A contemporary tree—that is, a tree that was either just cut down or still living—can tell you not just how many years it has lived, but which years in which it lived. If a Bigtooth Maple were cut down on Mount Lemmon in 2016 and it had 400 rings, you would know the tree started growing in 1616. Simple enough.

But what if the wood is older? What if it’s been used to build a home or a ship or a bonfire?

The rings could still tell how many years the tree lived, but not necessarily when. This didn’t sit well with Douglass. He set out on a series of expeditions across the southwest to bridge the gap between contemporary wood and wood beams from the ruins of civilizations long gone.

He noticed that trees across the same region, in the same climate, develop rings in the same patterns. Douglass, with his knack for pattern-recognition, discovered that he could take younger wood with a known date, and then match its rings alongside the pattern of an older sample. In 1929, with a beam from Show Low, Arizona, Douglass was able to bridge the gap for the first time ever. Dates were assigned to Southwestern ruins with certainty.

Indeed, the “Secret Of The Southwest” was revealed.

But alas, pattern-matching in order to date when a tree was cut isn’t always possible. Sometimes a wood sample doesn’t have enough tree rings or rings with growth patterns that match an already dated sample. Sometimes important and large groups of matching samples, called “floating chronologies,” remain undated. A decade after Douglass’s big discovery, two Berkeley scientists took the first step towards an alternative way to date floating chronologies and indeed any other “once-living” thing.

They were studying a little atom called carbon-14. Also known as radiocarbon, carbon-14 is a radioactive isotope of carbon with an atomic nucleus of six protons and eight neutrons. Radiocarbon is in every living thing. They discovered its half-life, or the time it takes for its radioactivity to fall by half once the living thing dies, is 5,730 years (give or take 40). It’s unusually long and consistent half-life made it great for dating.

Willard Libby from the University of Chicago put it to the test. By 1949, he had published a paper in Science showing that he had accurately dated samples with known ages, using radiocarbon dating. Douglass passed away just two years after Libby received the Nobel Prize for his work in 1960.

Today, dendrochronologists all over the world follow in Douglass’ footsteps, and whenever it is not possible to use tree-ring dating to place wood samples in time, they use radiocarbon to date wood samples. All of this dating information comes together to produce a chronological backdrop for studying past interactions between people and their environment.

“We can use the annual precision of tree rings in combination with carbon-14 to underpin some big questions in terms of the rise and fall of civilizations,” says Pearson. “We can look at the tree rings as a timeline and connect with people that lived in the past, and I think that gives us more of a sense of who we are, but also a sense of where we’re going and perhaps ways to deal with some of the issues that we might collectively face.

“Radiocarbon dating has been a revolution in terms of the way stuff is dated in the past and is used by scientists all over the world,” Pearson adds. “It can get us to within 20, 50, 100 years or so of dating accuracy.”

In other words, life in the universe moves inconceivably slowly. But for individual humans—and entire civilizations—it does not. Fifty, 20, or 100 years is a lot of time, wherein a lot can happen.

Fifty years is the difference between Alexander Graham Bell’s telephone and television. The 18-year space race between the Soviet Union and United States yielded the first moon landing. It took just short of 10 years for the Ancient Greeks to build the Parthenon on the Acropolis of Athens. Michelangelo spent only four years painting the ceiling of the Sistine Chapel in Vatican City. In 1887, Vincent Van Gogh had two ears. In 1888, he had one. Charles Darwin spent just five weeks in the Galapagos, a voyage without which he would have never written On the Origin of Species. In little more than a day, the entire population of Pompeii was wiped out by a volcanic eruption of Vesuvius in 79 A.D.

Human life moves fast, and because the 20- to 50-year ballpark of radiocarbon dating doesn’t quite keep up with it, Pearson and collaborators are developing a new radiocarbon method to place floating chronologies in an exact point in time.

“It’s a really privileged situation to be in—the project is building on this fantastic legacy of the creation of tree ring research and its historic role in shaping the radiocarbon dating method and we also have this unique archive of tree-ring samples to work with,” says Pearson.

According to Pearson, recent discoveries of large-scale “spikes” of radiocarbon in certain years have led to a growing need to revisit the way radiocarbon dates are calibrated.

Radiocarbon dating, as of now, dates samples to within a few decades using a calibration curve made up of groups of ten tree rings plotted as series of single points on a graph. The points represent an average amount of radiocarbon present in those rings. This doesn’t account for spikes in the data —individual rings with unusually high or low amounts of carbon-14. These spikes in radiocarbon can come from a number of short-term events, such as solar flares, volcanic eruptions and changes in oceanic circulation. By lumping 10 years’ worth of radiocarbon data into a single data point, spikes in radiocarbon may inadvertently skew the curve, making dates less accurate.

“Spikes are a potential limitation to how well the current radiocarbon calibration curve works, and we want to investigate that for time periods of archaeological controversy. But they also offer enormous potential to act as a sort of chronological anchor for our floating chronologies,” Pearson said.

With funding from the Malcolm Hewitt Wiener Foundation, Pearson is targeting a period in the Bronze Age from 2,400 to 1,400 BC, getting measurements of carbon-14 in single tree rings from a range of growth locations. What this reveals about yearly radiocarbon variation during this time period will then be applied to archaeological controversies and floating chronologies from the East Mediterranean and beyond.

“Tree rings just record. They are impartial recorders of change over time. They have no bias, and they have no political agenda; they just stand at locations all over the world,” Pearson says. “They capture a moment. We still have many discoveries, I believe, to make about what they can teach us.” 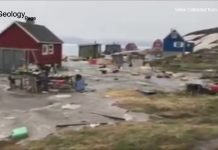 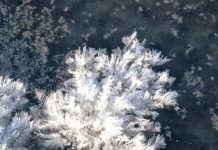