Analysis of rock samples harvested from the Canadian Shield suggests the samples contain components of Earth’s crust that existed more than 4.2 billion year ago. The results and related interpretations improve scientists’ understanding of the evolution of the oldest elements of Earth’s continental hard outer layer.

Recreating the nature of Earth’s first crust is difficult because geologic activity has created turnover that drove most of it back into Earth’s interior. While some slivers of 4-billion-year-old crust remain in the rock record, only isolated zircon mineral grains are dated to be older. Here, Jonathan O’Neil and Richard W. Carlson analyzed isotope ratios of samarium and neodymium in rocks collected from the Superior Province, the region in Canada just north of the Great Lakes.

The samples are mostly made up of a type of granite that formed 2.7 billion years ago, but the authors note that the formation of these magnesium-deficient rocks requires the “recycling” of older, magnesium-rich rocks. Given the age of the samples, the time it would take for them to form from recycled magnesium-rich rocks, and the ratio of samarium and neodymium isotopes in the samples, the authors suggest that reworked crust – older than 4.2 billion years – is mixed into the 2.7-billion-year-old rocks of the Superior Province.

They preserve the signature of an early differentiation in the Earth, one presumably related to the formation of a primordial crust that took shape within the first few hundred million years of Earth’s history. 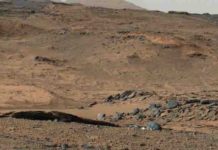 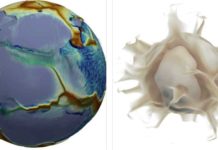 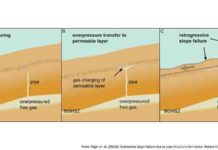 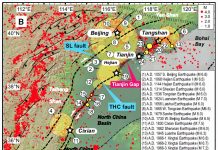