Turtles are an incredible evolutionary success story, with about 350 extant species that inhabit all major oceans and landmasses and from tropical to temperate climates. The fossil record of turtles is incredibly rich, and documents the adaptation of various sub-lineages to a broad range of habitat preferences, including several marine radiations. They’re also ridiculously cute, although whether their evolutionary accomplishment is down to this remains to be studied.

A slew of recent research articles have revealed much about the deep time evolutionary patterns in turtles and their ancestors. These large-scale, non-dinosaury studies get a frustratingly disproportional amount of public/media attention due to a low snarl/gore factor. However, they are arguably more significant due to the increasing importance of understanding the interaction of animals with their environments with ongoing major climatic disruptions and ongoing extinction severity.

The latest turtle-infused delight comes from David Nicholson as part of his post-doctoral research at the Natural History Museum in London, UK. Building on his research on global and continental diversity and niche partitioning, David and colleagues investigated the latitudinal diversity patterns that turtles and their ancestors (Testudinata, but here just ‘turtles’ to keep things simple) exhibited during the Mesozoic period based on their fossil record.

Why is latitude important? Well, the ‘latitudinal biodiversity gradient’ describes the pattern of increasing biodiversity as you go from the poles towards the equator, and is generally considered to be one of the first-order controls on much of modern life. Extant turtles, terrapins, and tortoises (collectively Testudines) are most diverse at around 25°N, so different to this general observation, and a feature of their global distribution that can probably be explained by bursts of species diversification related to changes in climate. But was this always the case?

What David and colleagues found peering back in time is a quite similar overall pattern throughout the evolutionary history of testudinatans – the group that includes modern Testudines and a whole bizarre array of now extinct turtle-like ancestors. During the Jurassic, they were most diverse at 15-30°N, after accounting for the way in which the continents have shifted since then. For the majority of the Cretaceous period, they were most diverse at 30-45°N, but at the very end of the Cretaceous, just before the mass extinction, this changed and expanded to a 30-60°N latitudinal belt. This ‘last minute play’ from turtles just prior to the extinction can be explained largely by the North American fossil record, in which we see the increasingly northward expansion of other groups such as dinosaurs at this time. Such range migration is coincident with short-term continent-level temperature increases around this time, which would have enabled turtles to migrate northwards and increase their geographical ranges, similar to what we see in the fossil record of crocodiles and their ancestors.

As well as this, turtles were able to survive in much higher latitudes in the northern and southern hemispheres throughout the Mesozoic compared to their living counterparts. This is because throughout the Mesozoic, the Earth was what we call a ‘greenhouse’ world, with overall much warmer climates than today which means that reptiles would have been able to survive a much broader range of latitudes.

Interestingly, the fossil record also tells us of a dearth of turtle diversity in the southern continents (Gondwana), much like in many other vertebrate groups, throughout the Jurassic and Cretaceous. It seems rather than this being due to a failure of the fossil record (i.e., we just haven’t found that many fossils there due to sampling histories or lack of ‘proper’ rocks), this lack seems to be due to the absence of suitable habitats in Gondwana during this time, so turtles preferred to stay up North.

What this shows is that, firstly, latitudinal diversity gradients are not always stable and linear, and do change through time due to varying factors such as continental shifts, dispersal events and vicariance, or environmentally-mediated changes such as major climatic disruption (sound familiar?). However, for turtles, their modern latitudinal diversity distribution does seem to have a deep time origin, going back some 150-200 million years or so, which is pretty cool! Or hot. Or whatever.

This discovery also challenges the commonly held assumption that latitudinal diversity gradients are both static and widespread among all living groups. This is probably due to at least a partial failure to appreciate the patterns that the fossil record reveal to us among researchers who focus exclusively on extant taxa. Naughty naughty… not that we’re biased at all as palaeontologists. 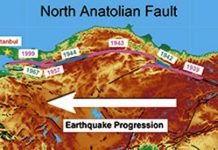 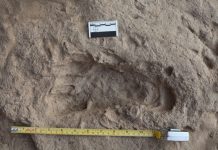 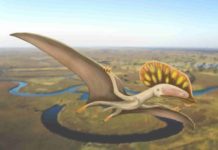