An earthquake much more powerful and damaging than last year’s 7.8 magnitude quake could rock Katmandu and the Himalayan Frontal Fault, an international team of seismic experts has concluded. The unsettling news comes after field research and analysis in the year following the 2015 Gorkha earthquake, which killed 9,000 people and destroyed 600,000 structures throughout the region.

Geophysics professor and director of the Center for Neotectonic Studies, Steve Wesnousky of the University of Nevada, Reno, has been studying the Himalayan Frontal Fault for 20 years. He was one of the first scientists into the region to assess the geophysical impacts following last year’s quake. His latest research was published in the Elsevier science journal Earth and Planetary Science Letters.

“We conducted a number of paleoearthquake studies in the vicinity of Katmandu in the past year, digging trenches and studying soils and faultlines looking back over the past 2,000 years,” Wesnousky said. “Coupled with the historical record, it’s apparent the faults are capable of earthquakes far greater than the Gorkha earthquake.”

Last year’s earthquake and aftershocks could be viewed as a warning of a more powerful earthquake that could rock the region with even more devastating effects. The team’s observations shows the Tribeni site is probably approaching or is in the later stages of strain accumulation before a large earthquake, which could produce 15- to 30-foot high fractures in the earth.

“The sum of our observations suggest that this section of the Himalayan Frontal Thrust fault, extending about 200 kilometers from Tribeni to Bagmati, may rupture simultaneously, and the next great earthquake near Kathmandu may rupture an area significantly greater than in the Gorkha earthquake,” Wesnousky said. “It is prudent to consider that the fault near Kathmandu is in the later stages of a strain accumulation cycle prior to a great thrust earthquake, much greater than occurred in 2015. In these regards, the 2015 Gorkha earthquake did not diminish the current level of seismic hazard in Kathmandu.”

Funded by the National Science Foundation, the team visited the Katmandu region several times for hands-on study of the faultlines. They dug two deep trenches near the mouths of major rivers at Tribeni and Bagmati. They examined structural, stratigraphic (layers of rocks and soils) and radiocarbon relationships in trenches across the fault where it has produced steep banks in soil deposited by the rivers.

In these trenches is evidence that earthquake displacement along this part of the Himalayan Frontal Thrust has produced surface ruptures resulting in a scarp, a steep bank, of at least five meters or 15 feet vertical separation sometime between the years 1221 and 1262 in Tribeni, located about 200 kilometers south of Kathmandu. At the Bagmati site, the vertical separation across the scarp registers about 10 meters, or 30 feet and possibly greater, and was formed between 1031 and 1321 AD.

“The scenario we developed hypothesizes that the next great earthquake may begin to the west near Tribeni and propagate into the section of fault beneath Kathmandu that did not rupture during the 2015 Gorkha earthquake,” Wesnousky said. “The length of such a rupture would be about 200 kilometers or greater and capable of producing a magnitude 8 or greater earthquake. This scenario is not unique.”

Wesnousky, a member of the Nevada Seismological Laboratory in the College of Science, has six peer-reviewed scientific papers about the Himalayan fault and more than 100 papers about earthquakes published during his career. His work centers on the foothills south of Kathmandu, just over the border in India and he has expanded his study area following the historic quake, the first large quake in that area since 1930.

Following the April 2015 quake he and two of his doctoral students, Ian Pierce and Steve Angster, spent six days in the area south of Kathmandu looking for ground ruptures, following leads from villagers and residents as well as visiting various other sites studied in the past.

During their studies, the graduate students sent photos and updates about their work in the Himalayas, which are posted on the University’s website at http://www.unr.edu/science/himalayan-quake-research

Their observations are working to further define the seismic hazard of the region as well as the mechanics of fault rupture along major continental thrust faults.

“Steve embodies the quintessential University professor and scientist, conducting a full body of relevant research, successful teaching and community outreach,” Jeff Thompson, dean of the College of Science, said. “He has done a wonderful job with the neotectonics center, informing the body of knowledge on the world’s most hazardous earthquake fault zones.”

Note: The above post is reprinted from materials provided by University of Nevada, Reno. 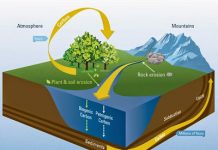 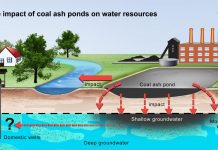 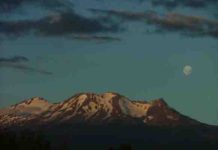 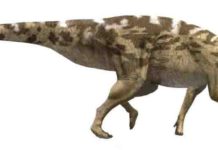