News broke in Sri Lanka on New Year’s Day, of the discovery of the world’s largest known Blue Star Sapphire valued at a stunning US$ 100 million and hitting the scales at an incredible 1404.49 carats. The news spread like wild fire from Ratnapura, the City of Gems, where the stunning sapphire that has been named…… ‘The Star of Adam’ has dwarfed the next largest Blue Star Sapphire, a 1395 carat beauty on its own merit, once owned by the Guruge Brothers, but with its present ownership yet unknown.

The US$ 100 million cabochon-cut star sapphire flaunts a distinctly unique six-rayed beauty and is believed to have been mined at an undisclosed site, around August last year, between Ratnapura and Hatton, before it was sold to its current owner.

Speaking under the condition of anonymity the new owner of the stone said he bought it but never knew it would turn out to be the biggest star blue sapphire in the world.

He said the largest cut and polished blue star sapphire stone is in fact priceless, beyond the estimated US$ 100 million, and could only be sold to the highest bidder above that value. The authentication certificate obtained from the Gemology Institute of Colombo describes it as a 1404.49 carat star blue sapphire with a special note that it is the largest of its kind in the world. The proud but nervous owner of the stone said “when I purchased it many said I had paid an inordinately high price for it and should have settled for a sum at least 20 per cent below the price I paid.”

“It’s such a big stone that it and cannot set in any kind of jewellery” he said.
The owner’s international consultants have verified it and have no doubt that it is potentially the largest stone ever found and they themselves have shown a keen interest in purchasing it.

“I am not interested in selling it at the moment as it first needs international exposure,” he added.
He said that he named the stone ‘The Star of Adam’ based on the Muslim belief that Prophet Adam arrived in the bountiful land called Sri Lanka and when God discarded him from Paradise for eating ‘The Forbidden Fruit’ Adam lived on the slopes of the mountain now known in Sri Lanka as ‘Adam’s Peak’. The story goes that on this mountain he cried copiously and sought God’s forgiveness.

It is believed by some that it is these tears that became the resplendent gems in that region.
He also said that the Star of India, a grayish Blue Star Sapphire which was also mined in Sri Lanka and now housed in the American Museum of Natural History (AMNH) in New York weighs 563.35 carats. This gem was a donation to the AMNH by the exceedingly wealthy financier J.P. Morgan in the early 1900s.

He also said, the Star of Bombay weighing 182 carats, also of Sri Lankan origin, was gifted by the famous pre-World War II actor Douglas Fairbanks to his wife Mary Pickford. This gem lies in the Smithsonian National Museum of Natural History (SNMNH), Washington DC. Also at the SNMNH is the Star of Artaban, weighing 287 carats.

The Black Star of Queensland, from Australia, believed, until now, to have been the world’s largest star Sapphire, weighs 733 carats.

Of all the significantly large Star Sapphires mentioned above, only the Black Star of Queensland has a commercially valued price attached to it. The current owner, it is said, has set a negotiable price of US$ 88 million on the stone.

Given this fact, and considering the fact that the size of the Lankan ‘Star of Adam’ has very few close competitors, and also the fact that this gemstone is considered priceless, the current owner is yet to set a price tag on this exquisitely unique gem.

Note: The above post is reprinted from materials provided by ceylontoday.lk. The original article was written by Sulochana Ramiah Mohan. 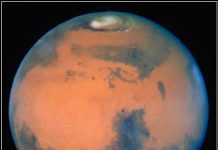 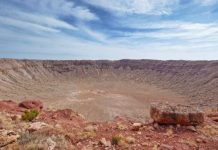