The Siberian permafrost regions include those areas of Earth, which heat up very quickly in the course of climate change. Nevertheless, biologists are currently observing only a minimal response in forest composition. In the places where, when considering the air temperature, pine and spruce forests should be growing, Siberian larch trees are still thriving. The cause of this paradox has been tracked using million-year-old bee pollen by scientists at the Alfred Wegener Institute, the University of Cologne, and international partner institutions.

The results suggest that the intensity of the ice ages determined how quick the vegetation adapted to warmer climate periods. In our case, that means: Because the last ice age was very cold, the vegetation of the Taiga lags behind the climate by many thousands of years. A surprisingly long period, as the researchers in the open access journal Nature Communications report.

The Potsdam scientist Ulrike Herzschuh knows the Siberian larch woods almost as well as the park on Telegrafenberg where her institute is located. Almost every summer the permafrost expert from the Alfred Wegener Institute, Helmholtz Centre for Polar and Marine Research (AWI) spends time in the endless forests of Siberia, collecting plant samples, determining growth boundaries and collecting sediment cores from lakes.

“Based on the temperature increase in the last century the larch forests should have displaced in the tundra in the Northern Siberia and should have been invaded by pines and spruces from the south. But studies so far have shown only very small changes in the vegetation — and we were wondering why,” the AWI researcher says.

Recommended For You  Historic 2013 Colorado Front Range storm accomplished up to 1,000 years of erosion

Searching for the cause, Ulrike Herzschuh and her international team travelled back 2.1 to 3.5 million years — to the Pliocene and Pleistocene periods. The scientists examined pollen that were preserved in sediments of Lake El’gygytgyn (region of Chukotka, in the Russian Far East). The scientists compared these traces of vegetation with reconstructed climate values of the warm and cold periods of that time.

The statistical analysis of the pollen data revealed a distinct pattern. Ulrike Herzschuh: “Our data shows that the vegetation in the past took up to several thousand years to adapt to climate change when there was a change from a cold period to a warm period. This is really new. Up until now, us climate researchers considered that there was a lag of decades or few hundreds of years, but not thousands.”

A look into the past indicates: The colder the ice age was, the longer the vegetation needed to adapt afterwards to the new climate of the warmer period. “In analogy to these results, this means: Due to the fact that the most recent ice age, about 20,000 years ago, was extremely cold, the permafrost spread over a large area, and forced deep rooted trees such as pines and spruces far to the south. The shallow-rooted Siberian larch trees — which only require a summer thawing of the permafrost soils of 20 to 30 centimetres — were able to survive in protected areas in the region,” explained Ulrike Herzschuh.

The larch forest however, with its dense carpet of roots protects the ice underneath from thawing. “We have observed many times in regions where the larch forest was cut down, that the permafrost melted faster than in other forested areas,” according to the AWI researcher.

The insulating effect of the larch forest could therefore be one of the reasons why it always took several thousands of years in the past, after a particularly cold ice age that the permafrost vanished and pine and spruce trees displaced the larch.

The scientific community now faces a major challenge due to the new findings about the time-delayed adaptation of vegetation: “In the wake of sustained warming of the Arctic, pines and spruces are now slowly coming to the Siberian Taiga. This means that the forests will become denser and thus also darker so they will save more heat than before. This fact in turn implies that the temperature in Siberia will rise in the distant future. Even if humankind manages to stabilise the carbon dioxide levels in the atmosphere in the near future,” says Ulrike Herzschuh. The implementation of these long-term vegetation processes is therefore urgently needed in climate models. 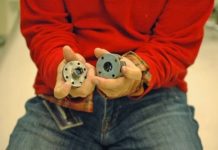 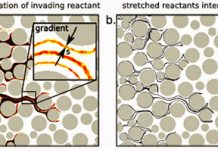 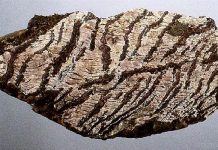 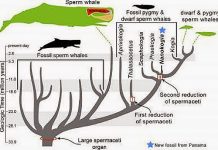