A Mudpot “or Mud Pool”  is a sort of acidic hot spring, or fumarole, with limited water. It usually takes the form of a pool of bubbling mud. The acid and microorganisms decompose surrounding rock into clay and mud.

A mudpot is a natural double boiler! Surface water collects in a shallow, impermeable (usually due to a lining of clay) depression that has no direct connection to an underground water flow. Thermal water beneath the depression causes steam to rise through the ground, heating the collected surface water. Hydrogen sulfide gas is usually present, giving mudpots their characteristic odor of rotten eggs. Some microorganisms use the hydrogen sulfide for energy. The microbes help convert the gas to sulfuric acid, which breaks down rock into clay. The result is a gooey mix through which gases gurgle and bubble.

The mud of a mudpot takes the form of a viscous, often bubbling, slurry. As the boiling mud is often squirted over the brims of the mudpot, a sort of mini-volcano of mud starts to build up, sometimes reaching heights of 3–5 feet. Although mudpots are often called “mud volcanoes”, true mud volcanoes are very different in nature. The mud of a mudpot is generally of white to greyish color, but is sometimes stained with reddish or pink spots from iron compounds. When the slurry is particularly colorful, the feature may be referred to as a paint pot.

Mudpots form in high-temperature geothermal areas where water is in short supply. The little water that is available rises to the surface at a spot where the soil is rich in volcanic ash, clay and other fine particulates. The thickness of the mud usually changes along with seasonal changes in the water table.

Minerals tint the mudpots with such a large palette of colors that the mudpots are sometimes called “paint pots.” Iron oxides cause the pinks, beiges, and grays of the Fountain Paint Pots

The geothermal areas of Yellowstone National Park contain several notable examples of both mudpots and paint pots, as do some areas of Iceland and New Zealand. Several locations in and around the Salton Sea in California are also home to active mudpots. 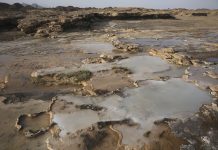 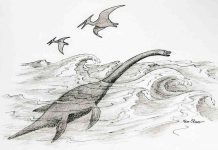 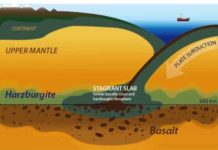 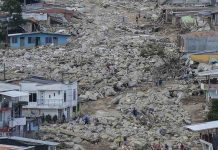