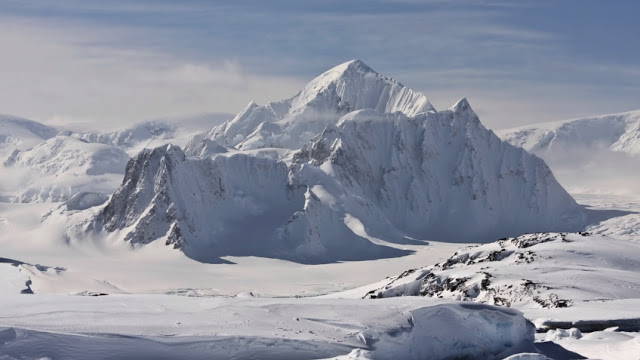 The world’s largest canyon may lie under the Antarctic ice sheet, according to analysis of satellite data by a team of scientists, led by Durham University.

Although the discovery needs to be confirmed by direct measurements, the previously unknown canyon system is thought to be over 1,000km long and in places as much as 1km deep, comparable in depth to the Grand Canyon in USA, but many times longer.

The canyon system is made up of a chain of winding and linear features buried under several kilometres of ice in one of the last unexplored regions of the Earth’s land surface: Princess Elizabeth Land (PEL) in East Antarctica. Very few measurements of the ice thickness have been carried out in this particular area of the Antarctic, which has led to scientists dubbing it one of Antarctica’s two ‘Poles of Ignorance’.

Although not visible to the naked eye, the subglacial landscape can be identified in the surface of the ice sheet.

Faint traces of the canyons were observed using satellite imagery and small sections of the canyons were then found using radio-echo sounding data, whereby radio waves are sent through the ice to map the shape of the rock beneath it. These are very large features which appear to reach from the interior of Princess Elizabeth Land to the coast around the Vestfold Hills and the West Ice Shelf.

The canyons may be connected to a previously undiscovered subglacial lake as the ice surface above the lake shares characteristics with those of large subglacial lakes previously identified. The data suggests the area of the lake could cover up to 1250km², more than 80 times as big as Lake Windermere in the English Lake District.

An airborne survey taking targeted radio-echo sounding measurements over the whole buried landscape is now underway with the aim of unambiguously confirming the existence and size of the canyon and lake system, with results due later in 2016.

Lead researcher, Dr Stewart Jamieson, from the Department of Geography at Durham University in the UK, said: “Our analysis provides the first evidence that a huge canyon and a possible lake are present beneath the ice in Princess Elizabeth Land. It’s astonishing to think that such large features could have avoided detection for so long.

“This is a region of the Earth that is bigger than the UK and yet we still know little about what lies beneath the ice. In fact, the bed of Antarctica is less well known than the surface of Mars. If we can gain better knowledge of the buried landscape we will be better equipped to understand how the ice sheet responds to changes in climate.”

Co-Author Dr Neil Ross from Newcastle University in the UK, said: “Antarctic scientists have long recognised that because the way ice flows, the landscape beneath the ice sheet was subtly reflected in the topography of the ice sheet surface. Despite this, these vast deep canyons and potential large lake had been overlooked entirely.

“Our identification of this landscape has only been possible through the recent acquisition, compilation and open availability of satellite data by many different organisations (e.g. NASA, ESA and the US National Snow and Ice Data Center), to whom we are very grateful, and because of some serendipitous reconnaissance radio-echo sounding data acquired over the canyons by the ICECAP project during past Antarctic field seasons.”

Co-Author Professor Martin Siegert, from the Grantham Institute at Imperial College London, UK, said: “Discovering a gigantic new chasm that dwarfs the Grand Canyon is a tantalising prospect. Geoscientists on Antarctica are carrying out experiments to confirm what we think we are seeing from the initial data, and we hope to announce our findings at a meeting of the ICECAP2 collaboration, at Imperial, later in 2016.

“Our international collaboration of US, UK, Indian, Australian and Chinese scientists are pushing back the frontiers of discovery on Antarctica like nowhere else on earth. But the stability of this understudied continent is threatened by global warming, so all the countries of the world now must rapidly reduce their greenhouse gas emissions and limit the damaging effects of climate change.”

The research is published in Geology. 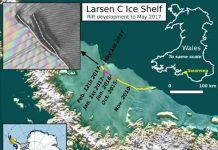 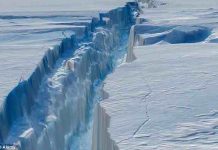 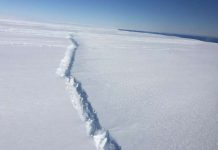 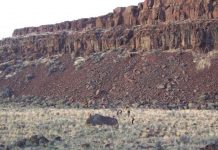 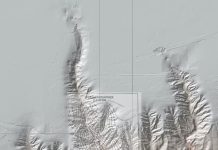 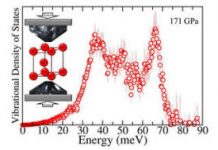 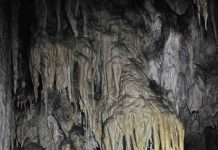 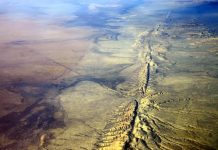