A new digital geologic map of Alaska is being released today providing land users, managers and scientists geologic information for the evaluation of land use in relation to recreation, resource extraction, conservation, and natural hazards.

For the first time, this new geologic map of Alaska incorporates one of geology’s most significant paradigm shifts, the theory of plate tectonics, into this fully digital product. The map gives visual context to the abundant mineral and energy resources found throughout the state in a beautifully detailed and accessible format.

“I am pleased that Alaska will now have a state-wide digital map detailing both surface and subsurface geologic resources and conditions,” said USGS newly confirmed director Suzette Kimball. “This geologic map provides important information for the mineral and energy industries for exploration and remediation strategies. It will enable resource managers and land management agencies to evaluate resources and land use, and to prepare for natural hazards, such as earthquakes.”

“The data contained in this digital map will be invaluable,” said National Park Service Director Jonathan B. Jarvis. “It is a great resource and especially enhances the capacity for science-informed decision making for natural and cultural resources, interpretive programs, and visitor safety.”

“A better understanding of Alaska’s geology is vital to our state’s future. This new map makes a real contribution to our state, from the scientific work it embodies to the responsible resource production it may facilitate. Projects like this one underscore the important mission of the U.S. Geological Survey, and I’m thankful to them for completing it,” said Sen. Lisa Murkowski, R-Alaska.

This map is a completely new compilation, with this version carrying the distinction of being the first 100 percent digital statewide map. Alaska’s new map reflects the changes in our modern understanding of geology as it builds on the past. More than 750 references were used in creating the map, some as old as 1908 and as new as 2015. It shows an uncommon level of detail for state geologic maps. Being 100 percent digital this map has multiple associated databases that allow the creation of a variety of derivative maps and other products.

“This work is an important synthesis that will both increase public access to critical information and enhance the fundamental understanding of Alaska’s history, natural resources and environment,” said Mark Myers, Commissioner of Alaska’s Department of Natural Resources. “I applaud the collaborative nature of this effort, including the input provided by the Alaska Division of Geological and Geophysical Surveys, which will be useful for natural disaster preparation, resource development, land use planning and management, infrastructure and urban planning and management, education, and scientific research.”

Geologists and resource managers alike can utilize this latest geologic map of Alaska, but even the lay person will enjoy the visual feast of attractive color patterns on the map which shed light on the state’s geologic past and present. Nearly 20 years in the making, this release marks the 200th anniversary of the release of the world’s first geologic map by William Smith of England in 1815.

More than any other area of the United States, Alaska reflects a wide range of past and current geologic environments and processes. The map sheds light on the geologic past and present; today, geologic processes are still very important in Alaska; with many active volcanoes, frequent earthquakes, receding and advancing glaciers and visible climate impacts.

“This map is the continuation of a long line of USGS maps of Alaska, reflecting ever increasing knowledge of the geology of the state,” said Frederic Wilson, research geologist with the USGS and lead author of the new map. “In the past, starting in 1904, the maps came out about every 20 years; the 35-year gap between this edition and the last has been a time of major new mapping efforts by the USGS, as well as a revolution in the science of geology through the paradigm shift to plate tectonics, and the development of digital methods.” 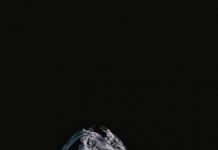 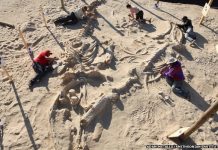 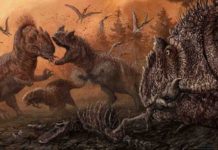 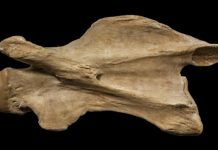