Pokhara, the second largest town of Nepal, has been built on massive debris deposits, which are associated with strong medieval earthquakes. Three quakes, in 1100, 1255 and 1344, with magnitudes of around Mw 8 triggered large-scale collapses, mass wasting and initiated the redistribution of material by catastrophic debris flows on the mountain range. An international team of scientists led by the University of Potsdam has discovered that these flows of gravel, rocks and sand have poured over a distance of more than 60 kilometers from the high mountain peaks of the Annapurna massif downstream.

Christoff Andermann from the GFZ German Research Centre for Geosciences in Potsdam participated in the study, published now in the Science magazine. “We have dated the lake sediments in the dammed tributary valleys using 14C radiocarbon. The measured ages of the sediment depositions coincide with the timing of documented large earthquakes in the region.”

One big boulder, situated on top of the sediment depositions, has raised the interest of the scientists: “The boulder has a diameter of almost ten meters and weighs around 300 tons. At the top of the boulder we measured the concentration of a Beryllium isotope which is produced by cosmogenic radiation.” This 10Be chemical extraction was carried out in the isotope laboratory at the GFZ in Potsdam and was measured with the accelerator mass spectrometer at the Helmholtz-Zentrum Dresden-Rossendorf, Germany. The results show that the deposition of the big boulder matches the timing of another large earthquake from 1681. Pokhara lies at the foot of the more than 8000 meters high Annapurna massif; whether the big boulder was transported during the last dated earthquake with the debris, or was just toppled by the strong shaking needs to be further investigated. Nevertheless, the movement of the big boulder can be connected to this strong earthquake.

This research has several important implications reaching beyond fundamental earth sciences. The study provides new insights into the mobilization and volumes of transported material associated with strong earthquakes. Dating of such sediment bodies provides information about the reoccurrence intervals of earthquakes in the Himalayas, and ultimately demonstrates the role of earthquakes in shaping high mountain landscapes. This knowledge is crucial to better evaluate the risks in tectonically active mountain belts. 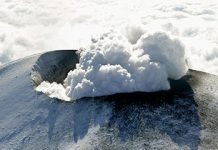 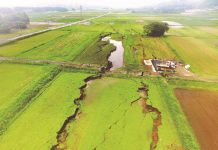 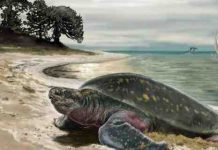 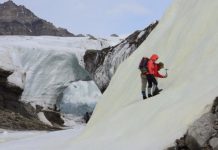