The anticipated melting of the massive West Antarctic Ice Sheet could be slowed by two big factors that are largely overlooked in current computer models, according to a new study.

The findings, published online in Nature Communications, suggest that the impact on global sea levels from the retreating ice sheet could be less drastic — or at least more gradual — than recent computer simulations have indicated.

Over the past year, numerous studies have warned that parts of the West Antarctic Ice Sheet are on the verge of a runaway retreat. Just last week a high-profile research paper forecast that this could lead eventually to a rise in global sea levels of as much as three metres.

The authors of the new Nature Communications paper, however, focus on two geophysical elements that they say aren’t adequately reflected in computer simulations for this region: the surprisingly powerful gravitational pull of the immense ice sheet on surrounding water, and the unusually fluid nature of the mantle beneath the bedrock that the ice sits on.

“The fate of the polar ice sheets in a warming world is a major concern for policy makers — and attention is rightly focused on the importance of restraining CO2 emissions and preparing for rising sea levels,” says lead author Natalya Gomez, an assistant professor of Earth and Planetary Sciences at McGill University in Montreal. “But our study shows that for Antarctica, in particular, computer models also need to take into account how gravitational effects and variations in Earth structure could affect the pace of future ice-sheet loss.”

Most people think of gravity as the force that keeps our feet on the ground. But any large body — such as a massive expanse of ice — exerts a gravitational pull on other bodies, including water.

As the West Antarctic Ice Sheet melts, the researchers project, the reduction in its mass would reduce the gravitational pull to such an extent that it would lower sharply the sea level near the ice. This, in turn, would slow the projected pace of retreat of the ice sheet.

Gomez and co-authors David Pollard of Pennsylvania State University and David Holland of New York University also factor another important variable into their simulations. When an ice sheet retreats, the solid Earth beneath it, freed from the load of the ice, rebounds upward. This rebound occurs in two parts: an elastic component that happens right away, and a viscous component that happens over hundreds to thousands of years. (The Earth’s interior — or mantle — flows like a fluid but very slowly because it is very viscous).

The West Antarctic sits atop a region where the mantle flows more easily than in other parts of the Earth. So the land there will pop up faster than scientists — and their computer models — would expect based on the average viscosity of the Earth’s mantle.

“Our simulations show that when we assume a structure for the Earth’s interior that resembles the structure underneath the West Antarctic, the Earth’s surface rebounds higher and more quickly near the edge of the retreating ice sheet,” says co-author Holland of NYU. “This makes the water along that edge shallower, which slows the retreat of the ice sheet.”

The researchers’ simulations also confirm that the levels of future CO2 emissions will be a crucial factor in the pace of retreat for the region’s ice. “The lower the levels of CO2 in the atmosphere, the more the geophysical factors will be able to help stem the ice’s retreat,” Gomez says. “The greater the emissions, the more the geophysical forces risk being overwhelmed by the strength of warming.” 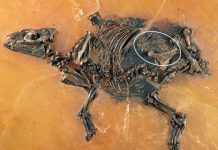 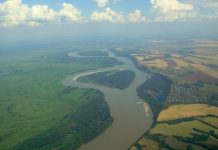 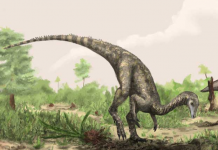 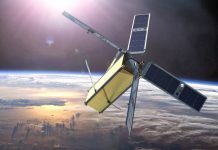