It’s a truism that mathematical relationships are present nearly everywhere in nature, probably more than we realise. The latest place they have turned up is on the underside of glaciers.

A group of international scientists working on Franz Josef Glacier (Kā Roimata o Hine Hukatere) in the South Island has found that the rate of glacial erosion is proportional to the square of the glacier’s speed. They describe this as non-linear behaviour.

In other words, fast moving glaciers or portions of glaciers erode much more rock than slow moving glaciers. The finding confirms a theoretical model that was first proposed in the 1970s.

It means that as the Earth gets warmer and glaciers accelerate, the rate of glacial erosion will increase. A result will be more rapid carving of our landscape by glaciers with a corresponding increase in the levels of sediment and mud carried in alpine streams and rivers.

The finding applies to faster-moving glaciers in mountainous mid-latitude regions, but may not apply to polar glaciers that move more slowly.

The research is the cover story in this week’s issue of the prestigious journal Science, and involved a collaboration among scientists from Switzerland, France, the United States, and New Zealand.

Co-author on the paper, Dr Simon Cox of GNS Science, said non-linear behaviour explained the wide range of observed glacial erosion rates and also the profound impact of glaciation on mountainous landscapes during the past few millions years.

“The erosive power of glaciers varies considerably, with some of the most rapid glacial erosion happening in mid-latitude climates,” Dr Cox said.

“This research confirms that fast glaciers are more effective at gouging landscapes than slow-moving ones.”

Although the process of glaciation is widespread in the landscape, scientists don’t fully understand it, partly because of the great difficulty accessing the ice-bedrock interface underneath glaciers.

In the study of the Franz Josef Glacier (Kā Roimata o Hine Hukatere), which took place over a five-month period in 2013 and 2014, the scientists used a combination of two techniques to shed light on the glacier’s behaviour.

First they used satellite imagery to measure the speed of the glacier at its surface, which reaches up to 3 m/day. At the same time, they analysed the crystalline structure of carbon-bearing particles – mostly graphite – collected from the meltwater river below the glacier.

To do this they used a method called Raman spectroscopy which involves measuring the way light is scattered when it interacts with carbonaceous particles. They then used the ‘Raman signature’ to track particles back to the bands of Alpine Schist rocks from where each particle was eroded.

This enabled them to quantify erosion rates beneath the glacier. From the results, they have developed a law for glacial erosion that captures the variability seen globally, in different climate zones.

Their work shows erosion is highly sensitivity to small variations in topographic slope and rainfall.

Dr Cox said the power demonstrated by the combination of techniques will enable scientists to better understand glacial erosion and how this will change as our glaciers respond to global warming. 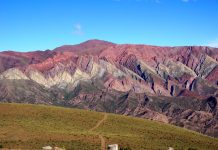 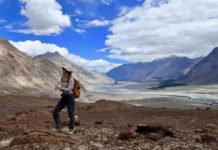 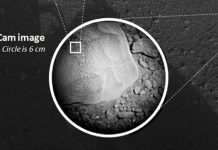 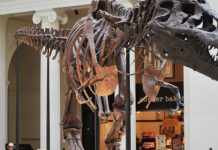