Each spring, powerful dust storms in the deserts of Mongolia and northern China send thick clouds of particles into the atmosphere. Eastward winds sweep these particles as far as the Pacific, where dust ultimately settles in the open ocean. This desert dust contains, among other minerals, iron — an essential nutrient for hundreds of species of phytoplankton that make up the ocean’s food base.

Now scientists at MIT, Columbia University, and Florida State University have determined that once iron is deposited in the ocean, it has a very short residence time, spending only six months in surface waters before sinking into the deep ocean. This high turnover of iron signals that large seasonal changes in desert dust may have dramatic effects on surface phytoplankton that depend on iron.

“If there are changes to the sizes of deserts in Asia, or changes in the way people are using land, there could be a larger source of dust to the ocean,” says Chris Hayes, a postdoc in MIT’s Department of Earth, Atmospheric, and Planetary Sciences (EAPS). “It’s difficult to predict how the whole ecosystem will change, but because the residence time [of iron] is very short, year-to-year changes in dust will definitely have an impact on phytoplankton.”

Certain species of phytoplankton, such as cyanobacteria, require iron as a main nutrient to fuel nitrogen fixation and other growth-related processes. Hayes estimates that up to 40 percent of the ocean contains phytoplankton species whose growth is limited by the amount of iron available.

As desert dust is one of the only sources of oceanic iron, Hayes wanted to see to what extent changing levels of dust would have an effect on iron concentrations in seawater: Does iron stick around in surface waters for long periods, thereby making phytoplankton less sensitive to changes in incoming dust? Or does the mineral make a short appearance before sinking to inaccessible depths, making phytoplankton depend much more on seasonal dust?

To get answers, Hayes and his colleagues traveled to Hawaii to collect ocean samples at a station called ALOHA, the site of a long-term oceanography program conducted by the University of Hawaii. In September 2013, the team took a half-day cruise into open ocean, and then spent two weeks collecting samples of ocean water at varying depths.

The researchers acidified the samples and transported them back to the lab at MIT, where they analyzed the water for both iron and thorium — a chemical element that is found in dust alongside iron. As it’s difficult to determine the rate at which iron sinks from the ocean’s surface to deep waters, Hayes reasoned that thorium might be a reasonable proxy.

Thorium has a number of isotopes: Thorium-232 is typically found in dust, and thorium-230 is produced from the decay of uranium, which decays to thorium at the same rate throughout the ocean. By comparing the amount of thorium-230 detected in ocean samples to the amount produced by uranium decay, Hayes was able to calculate thorium’s removal rate, or the time it takes for the chemical to sink after settling on the ocean’s surface.

This removal rate, he reasoned, is equivalent to the input rate of dust, or the rate at which dust is supplied to an ocean region. As the composition of an average desert dust particle is known, Hayes then extrapolated the input rate to estimate iron’s residence time in surface waters.

A small piece of a big question

The team found that on average, iron tends to stay within 150 meters of the ocean’s surface — the layer in which phytoplankton resides ­— for about six months before accumulating on larger particles and sinking to the deep ocean. This residence time leaves a relatively short period for phytoplankton to absorb iron, making the organisms rather sensitive to any changes in incoming desert dust.

“Dust can change a lot from season to season — by an order of magnitude,” Hayes says. “From satellite images, you can see big pulses of dust coming from these deserts. That could change with climate change, and different precipitation patterns. So we’re trying to keep track: If it does change, will it have an impact?”

As phytoplankton play a natural role in removing carbon dioxide from the atmosphere, better estimates of iron residence times, and desert dust inputs to the ocean, may help scientists gauge phytoplankton’s role in combating climate change.

“It’s a very small part that we’re getting more quantitative about,” Hayes says. “It’s one piece that adds to trying to make the prediction: If there’s more dust, will the ocean take up more carbon? That’s a big-picture question that we can’t totally answer with this, but we have one piece on the way to answering that.”

Seth John, an associate research professor at the University of Southern California, says that unlike major nutrients like nitrate and phosphate, which phytoplankton can access via upwelling of seawater from the deep ocean, supplies of iron come mostly from the surface ocean.

“The short residence time of iron in the surface ocean means that there must continually be a fresh supply of iron from dust every few months or the entire ecosystem would grind to a halt,” says John, who was not involved in the research. “This also means that changes in the supply of iron to the oceans with dust — for example, from industrial pollution or changes in land use — will quickly impact life in the middle of the Pacific Ocean.”

This research was funded in part by the National Science Foundation. 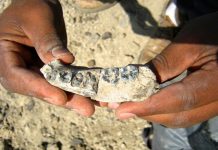 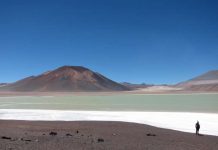 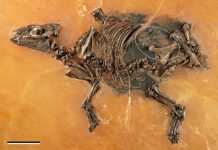 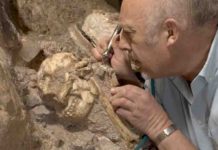