This month there’s been a hoopla about a mini ice age, and unfortunately it tells us more about failures of science communication than the climate. Such failures can maintain the illusion of doubt and uncertainty, even when there’s a scientific consensus that the world is warming.

The story starts benignly with a peer-reviewed paper and a presentation in early July by Professor Valentina Zharkova, from Northumbria University, at Britain’s National Astronomy Meeting.

The paper presents a model for the sun’s magnetic field and sunspots, which predicts a 60% fall in sunspot numbers when extrapolated to the 2030s. Crucially, the paper makes no mention of climate.

The first failure of science communication is present in the Royal Astronomical Society press release from July 9. It says that “solar activity will fall by 60 per cent during the 2030s” without clarifying that this “solar activity” refers to a fall in the number of sunspots, not a dramatic fall in the life-sustaining light emitted by the sun.

But that mini ice age began before the Maunder minimum and may have had multiple causes, including volcanism.

Crucially, the press release doesn’t say what the implications of a future Maunder minimum are for climate.

Filling in the gaps

How would a new Maunder minimum impact climate? It’s an obvious question, and one that climate scientists have already answered. But many journalists didn’t ask the experts, instead drawing their own conclusions.

[…] the earth is 15 years from a mini ice age that will cause bitterly cold winters during which rivers such as the Thames freeze over.

The media failed in its duty to investigate and inform. It didn’t seek expert comment to put the research into context. Instead journalists tried to answer technical climate science questions themselves, and mostly got it wrong.

As discussed previously, the impact of a new Maunder minimum on climate has beenstudied many times. There’s 40% more CO2 in the air now than during the 17th century, and global temperature records are being smashed. A new Maunder minimum would slow climate change, but it is not enough to stop it.

The scientist at the centre of the media storm, Valentina Zharkova, told USA today:

In the press release, we didn’t say anything about climate change. My guess is when they heard about Maunder minimum, they used Wikipedia or something to find out more about it.

While Zharkova was surprised by the media coverage, she and others continued to discuss a new mini ice age.

If a mini ice age is at odds with the prior literature, why does Zharkova continue speculating about it? In personal correspondence with Zharkova, she told me it was only after the media coverage that her research was connected to climate change and the Maunder minimum. However, she said that once the connection was made, it did make sense to her.

Zharkova also told IFLS: We didn’t mention anything about the weather change, but I would have to agree that possibly you can expect it [a mini ice age].

So it seems Zharkova’s justification is based on media extrapolation of her own press release and Wikipedia, not the extensive peer-reviewed literature on the Maunder minimum itself.

I emailed Zharkova and she sent me two studies that support her views, but they aren’t representative of the literature and I don’t believe she has critically evaluated their content.

Is there any quantitative basis for claims of a mini ice age? Zharkova and her colleagues have cited a 1997 article by Judith Lean, who showed the sun’s brightness (quantified by solar irradiance) was 3 W per m2 less during the Maunder minimum than today. More recent studies, including those by Lean, find the solar irradiance varies less than was thought in 1997.

In plain English, the small change in sunlight reaching the Earth during a new Maunder minimum wouldn’t be enough to reverse climate change. For the technically minded, even a 3 W per m2 change in irradiance corresponds to a radiative forcing of just 0.5 W per m2 (because the Earth is a sphere and not a flat circle), which is less than the radiative forcing produced by anthropogenic greenhouse gases.

To be blunt: no mini ice age for us. The real story of the impending mini ice age isn’t about climate at all. It is a cautionary tale, of how science should and shouldn’t be communicated.

The lessons to be learned from this is scientists must communicate their science concisely and accurately, especially if we are to avoid the media frenzy highlighted by the ABC’s Media Watch. If scientists, science organisations and media aren’t careful, they can inadvertently end up promoting dangerous misinformation.

Recommended For You  The last ice age 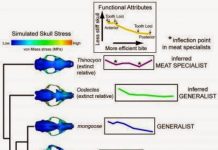 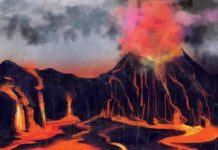 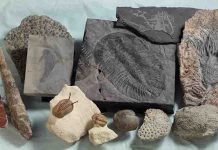