Over geologic time, the work of rain and other processes that chemically dissolve rocks into constituent molecules that wash out to sea can diminish mountains and reshape continents.
Scientists are interested in the rates of these chemical weathering processes because they have big implications for the planet’s carbon cycle, which shuttles carbon dioxide between land, sea, and air and influences global temperatures.

A new study, published online on June 8 in the journal Nature Geoscience, by a team of scientists from Stanford and Germany’s GFZ Research Center for Geosciences reveals that, contrary to expectations, weathering rates over the past 2 million years do not appear to have varied significantly between glacial and interglacial periods.

Scientists expect weathering rates to slow down during Earth’s ice ages because temperatures were lower, and as a consequence much of the water that might fall as rain is trapped as ice in glaciers blanketing Europe and North America.

“If you look at how these attributes of climate control weathering rates today, you would expect that weathering and sedimentation rates can vary widely between glacial to interglacial times,” said study author Friedhelm von Blanckenburg, a geochemist at the German Research Centre for Geosciences GFZ Potsdam.

For example, North America’s Sierra Nevada mountain range is pockmarked by U-shaped valleys that were carved out by ice sheets during their relentless march southward in glacial times. When temperatures warmed, the ice sheets retreated, exposing pulverized rocks in the crater that could be easily weathered and transported out to sea by rivers and streams. Even in regions not covered by glaciers, scientists know that rainfall changed between glacial and interglacial times. Studies of now-dry lakebeds that once dotted the western U.S. and cone-shaped sedimentation deposits, called alluvial fans, from ancient rivers suggest water flow varied widely as temperature and rainfall patterns waxed and waned between ice ages and the warmer periods that followed.

But all of these lines of evidence testified only to local variations of weathering and sedimentation rates. “If you want to know the global weathering rate,” von Blanckenburg said, “you have to go to the oceans, where local variations rates are averaged out.”

von Blanckenburg and his colleague, Julien Bouchez, a research scientist at the Global Institue of Physics in Paris, turned to a geochemical technique that compares the concentration of two forms, or isotopes, of the element beryllium (Be). 9Be is found naturally in silicate rocks on Earth; 10Be is a radioactive cosmogenic isotope produced by the collision of cosmic rays with nitrogen and oxygen molecules in the atmosphere.

“Because 10Be rains down onto Earth’s continents and oceans at more or less a constant rate, it’s like a clock that can be used to time processes,” von Blanckenburg said. “9Be, on the other hand, can be used to calculate how much dissolved rock has washed into the oceans from rivers.”

By determining the ratio of 10Be to 9Be in marine sediment layers, von Blanckenburg was able to reconstruct the weathering flux for nearly the entire Quaternary Period, a timespan encompassing 2.6 million years. To his surprise, he found that there was little change between glacial and interglacial periods.

To understand why, von Blanckenburg teamed up with Stanford researchers Kate Maher, an assistant professor of geological sciences, and graduate student Daniel Ibarra, who specialize in using computer models to understand how the flow of water controls weathering. Maher and Ibarra compiled data about river-to-ocean flow from an ensemble of climate models and calculated the average discharge from rivers at different latitudes during glacial and interglacial times.

The Stanford scientists reached the same conclusion that von Blanckenburg and Bouchez did using their beryllium ratio observations. “Our results suggested that globally the aggregate change in discharge from all the rivers was effectively zero between the glacial and interglacial times. That was surprising,” Maher said.

The models offered a likely explanation for this: they showed that while the change in water discharge for rivers at higher latitudes in the northern hemisphere could vary wildly between glacial and interglacial times, the flux for rivers in the tropics-which remained temperate even during ice ages-did not change by more than a few percent.

“The tropics account for more than half of the river runoff globally, so they strongly moderate chemical weathering fluxes during global shifts in climate,” Ibarra said. “Because weathering helps balance the global carbon cycle, that means the tropical weathering is a primary driver of atmospheric CO2 levels over very long time scales.” 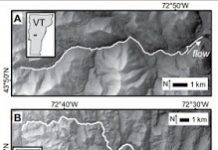 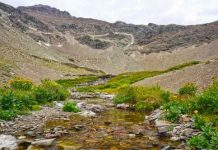 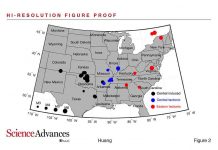