A University of Oklahoma structural geologist and collaborators are studying earthquake instability and the mechanisms associated with fault weakening during slip. The mechanism of this weakening is central to understanding earthquake sliding.
Ze’ev Reches, professor in the OU School of Geology and Geophysics, is using electron microscopy to examine velocity and temperature in two key observations: (1) a high-speed friction experiment on carbonate at conditions of shallow earthquakes, and (2) a high-pressure/high-temperature faulting experiment at conditions of very deep earthquakes.

Reches and his collaborators have shown phase transformation and the formation of nano-size (millionth of a millimeter) grains are associated with profound weakening and that fluid is not necessary for such weakening. If this mechanism operates in major earthquakes, it resolves two major conflicts between laboratory results and natural faulting–lack of a thermal zone around major faults and the rarity of glassy rocks along faults.

Note : The above story is based on materials provided by University of Oklahoma. 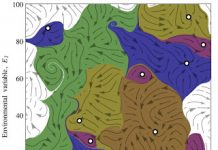 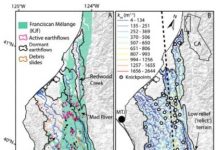 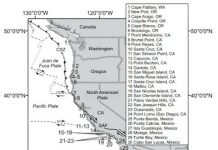