Although closely related to the notorious carnivore Tyrannosaurus rex, a new lineage of dinosaur discovered in Chile is proving to be an evolutionary jigsaw puzzle, as it preferred to graze upon plants.

Palaeontologists are referring to Chilesaurus diegosuarezi as a ‘platypus’ dinosaur because of its bizarre combination of characters that resemble different dinosaur groups. For example, Chilesaurus boasted a proportionally small skull, hands with two fingers like Tyrannosaurus rex and feet more akin to primitive long-neck dinosaurs.

Chilesaurus diegosuarezi is nested within the theropod group of dinosaurs, the dinosaurian group that gathers the famous meat eaters Velociraptor, Carnotaurus and Tyrannosaurus, and from which birds today evolved. The presence of herbivorous theropods was up until now only known in close relatives of birds, but Chilesaurus shows that a meat-free diet was acquired much earlier than thought.

Chilesaurus diegosuarezi is named after the country where it was collected, as well as honouring Diego Suárez, the seven year old boy who discovered the bones. He discovered the fossil remains of this creature at the Toqui Formation in Aysén, south of Chilean Patagonia, in rocks deposited at the end of the Jurassic Period, approximately 145 million years ago.

Diego was in the region with his parents, Chilean geologists Manuel Suarez and Rita de la Cruz, who were studying rocks in the Chilean Patagonia, with the aim to better understand the formation of the Andes mountain range. Diego stumbled across the fossils while him and his sister, Macarena, were looking for decorative stones.

Due to Chilesaurus’ unusual combination of characters, it was initially thought that Diego had uncovered several species. However, since Diego’s find, more than a dozen Chilesaurus specimens have been excavated, including four complete skeletons — a first for the Jurassic Period in Chile — and they demonstrate that this dinosaur certainly combined a variety of unique anatomical traits.

Most of the specimens are the size of a turkey, but some isolated bones reveal that the maximum size of Chilesaurus was around three metres long. Chilean and Argentinian palaeontologists from institutions including the University of Birmingham, along with Diego’s parents, have been studying these skeletons, with the findings published in full in Nature on April 27th.

Other features present in very different groups of dinosaurs Chilesaurus adopted were robust forelimbs similar to Jurassic theropods such as Allosaurus, although its hands were provided with two blunt fingers, unlike the sharp claws of fellow theropod Velociraptor. Chilesaurus’ pelvic girdle resembles that of the ornithischian dinosaurs, whereas it is actually classified in the other basic dinosaur division — Saurischia.

The different parts of the body of Chilesaurus were adapted to a particular diet and way of life, which was similar to other groups of dinosaurs. As a result of these similar habits, different regions of the body of Chilesaurus evolved resembling those present in other, unrelated groups of dinosaurs, which is a phenomenon called evolutionary convergence.

Chilesaurus represents one of the most extreme cases of mosaic convergent evolution recorded in the history of life. For example, the teeth of Chilesaurus are very similar to those of primitive long-neck dinosaurs because they were selected over millions of years as a result of a similar diet between these two lineages of dinosaurs.

Martín Ezcurra, Researcher, School of Geography, Earth and Environmental Sciences, University of Birmingham said: ‘Chilesaurus can be considered a ‘platypus’ dinosaur because different parts of its body resemble those of other dinosaur groups due to mosaic convergent evolution. In this process, a region or regions of an organism resemble others of unrelated species because of a similar mode of life and evolutionary pressures. Chilesaurus provides a good example of how evolution works in deep time and it is one of the most interesting cases of convergent evolution documented in the history of life.

‘Chilesaurus shows how much data is still completely unknown about the early diversification of major dinosaur groups. This study will force palaeontologists to take more care in the future in the identification of fragmentary or isolated dinosaur bones. It comes as false relationship evidence may arise because of cases of convergent evolution, such as that present in Chilesaurus.’

Dr. Fernando Novas, Bernardino Rivadavia Natural Sciences Museum, Buenos Aires, Argentina, led the research on Chilesaurus and said: ‘Chilesaurus is the first complete dinosaur from the Jurassic Period found in Chile and represents one of the most complete and anatomically correct documented theropod dinosaurs from the southern hemisphere. Although plant-eating theropods have been recorded in North America and Asia, this is the first time a theropod with this characteristic has been found in a southern landmass.

Chilesaurus was an odd plant-eating dinosaur only to be found in Chile. However, the recurrent discovery in beds of the Toqui Formation of its bones and skeletons clearly demonstrates that Chilesaurus was, by far, the most abundant dinosaur in southwest Patagonia 145 million years ago.’

Note: The above story is based on materials provided by University of Birmingham. 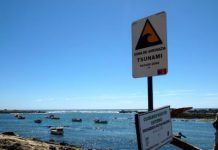 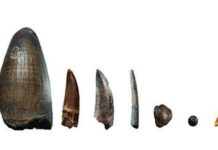