Initial results from SMU’s seismology team reveal that the recent series of earthquakes occurring near the site of the old Texas Stadium were relatively shallow and concentrated along a narrow two mile line that indicates a fault extending from Irving into West Dallas.

SMU and the United States Geological Survey (USGS) on Friday shared an interim report with the mayors of Dallas and Irving spelling out preliminary information gleaned after SMU’s installation in January of more than 20 portable earthquake monitors around the earthquake sites.

“This is a first step, but an important one, in investigating the cause of the earthquakes,” said SMU seismologist Brian Stump.  “Now that we know the fault’s location and depth, we can begin studying how this fault moves – both the amount and direction of motion.”

“Then we can move on to what might have triggered it – examining factors both natural and manmade,” said SMU seismologist Heather DeShon. “Sometimes what triggers an earthquake can be very small, so all of these factors have to be considered when looking for that trigger.”

The earthquakes have occurred in the granite “basement,” below the layers of sedimentary rock that make up the large geological formation known as the Fort Worth Basin, at depths between 4.5 and 7 kilometers, according to the report.  It is not unusual for earthquakes to occur at different levels on a fault. Those depths are considered relatively close to the surface in earthquake terms, however, which helps explain why people as far away as Plano feel even smaller magnitude 2 earthquakes in the area.

The USGS initially mapped the earthquake locations as being spread out in a roughly circular area centered on the old Texas Stadium site, developing those locations from data collected by distant seismic monitors ranging from the closest at about 40 miles away to as far as 900 miles away. But once SMU installed more than 20 monitors in the immediate area – supplied by the USGS and the academic consortium IRIS – the enhanced data they were able to retrieve shows the January 2015 earthquakes actually have occurred along a line from Irving to West Dallas, running north-by-northeast from TX Highway 114 to Walnut Hill Road along the Trinity River.

That line indicates the approximate location of a subsurface fault.

This initial mapping of the fault provides important information for municipal hazard assessment in Irving and Dallas, Stump said, allowing city officials to know which parts of their cities might experience the worst shaking if the fault remains active. As has been the case with other earthquake sequences in North Texas since 2008, this latest bout of seismic activity appears to be diminishing over time. But SMU scientists stress that there is no way to predict when the series will end, or what the largest magnitude will be.

The earthquakes in the Irving area began in April 2014.  SMU scientists had just installed the first of its local monitors in the city of Irving on Jan. 5, 2015 when the area recorded its two largest earthquakes – 3.5 and 3.6 magnitude events – on Jan. 6 During January members of the SMU seismology team installed more than 20 seismographs in the affected area, including twelve short-term units that had to be removed from the field to collect their data.  There will be 11 temporary seismographs running as part of the Irving network moving forward.

The report notes the presence of two wells drilled for shale gas (only one was put into production, last producing in 2012) near the earthquake epicenters and the location of a wastewater injection well approximately eight miles to the northwest. Production and disposal activities in this region are generally confined to the sedimentary layers above the “basement” layers where regional earthquakes have occurred.

“Scientific questions about the nature of events in North Texas have heightened local and national concerns about the impact of activities related to shale gas production on geological infrastructure and subsurface infrastructure,” the report reads.  SMU scientists continue to explore all possible natural and anthropogenic (due to human activity) causes for the Irving earthquakes and do not have a conclusion at this time.”

The next steps of the Irving study are already underway. 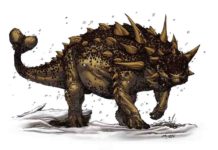 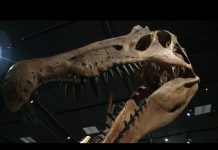 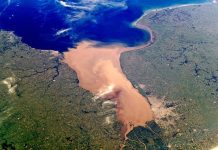 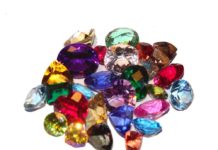