Landslides are responsible for nearly 10,000 victims every year. Nearly 60% of all landslides are triggered by earthquakes. Researchers from IRD and INGEMMET in Peru have produced the first series measurements of this kind of landslide reactivated by an earthquake. The quake that occurred in the region of Maca in south Peru in July 2013 led to ground subsidence, a phenomenon observed for more than a month.

This new data and the resulting model also reveal the analogy between the mechanics of ground movements and tectonic faults, opening up new avenues for research into the dynamics of these faults.

During earthquakes in mountainous areas, nearly a third of victims can be attributed to landslides triggered by the quake. However, the mechanisms of these ground movements under seismic forcing are little known because there is limited data recorded in situ during earthquakes.

Triple displacement after the quake

Researchers from IRD and the Instituto Geológico Minero y Metalúrgico (INGEMMET) in Peru have just provided the first observations from a landslide reactivated by an earthquake that occurred in July 2013 in southern Peru. GPS measurements show that the response of the landslide is both concomitant with the earthquake, with a simultaneous displacement of 2cm, but also post-seismic. In fact, the slip continued for five weeks, during which the extent of displacement tripled, reaching 6cm. This study has been published in the Geophysical Research Letters.

This new data also made it possible to model the mechanics of the landslide and reveal ground movement analogous with that of creeping tectonic faults in response to significant earthquakes. In other words, this study illustrates the similarities between the mechanics of landslides and those of creeping tectonic faults. This will be valuable in preventing the risks related to landslides, but it also opens up new avenues for research into these faults. Due to their smaller dimensions, more superficial nature and their greater kinematics, landslides may serve as models to develop better understanding of the friction parameters of faults, on an intermediary level between the laboratory and the real-life situation.

A sensitive zone under threat

The Maca landslide, the effects of which are ongoing, covers a surface area of almost 1 km². It affects a village of around 900 inhabitants, located in the Colca valley 70km north of Arequipa. It has also provoked the subsidence of a road used by a high number of tourists (160,000 visitors a year) and is threatening the pre-Inca terraces.  Since this zone is highly sensitive to earthquakes, the phenomenon has been tracked by GPS since 2011, as part of the partnership between IRD and INGEMMET. Falling mainly between December to April, rain is another factor contributing to the slip. This led the regional government of Arequipa asking for the relocation of Maca inhabitants in May 2013.

Note : The above story is based on materials provided by Institut de Recherche pour le Développement. 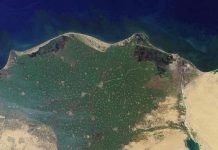 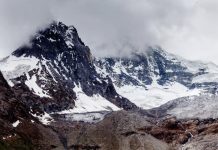 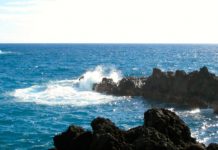 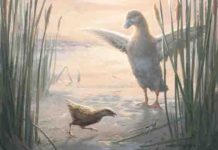