The Rio Grande is a river that flows from south central Colorado in the United States to the Gulf of Mexico. Along the way it forms part of the Mexico–United States border. According to the International Boundary and Water Commission, its total length was 1,896 miles (3,051 km) in the late 1980s, though course shifts occasionally result in length changes. Depending on how it is measured, the Rio Grande is the fourth or fifth longest river system in North America.

The river serves as a natural border between the U.S. state of Texas and the Mexican states of Chihuahua, Coahuila, Nuevo León, and Tamaulipas. A very short stretch of the river serves as the boundary between the U.S. states of Texas and New Mexico. Since the mid–20th century, heavy water consumption of farms and cities along with many large hydroelectric dams on the river has left only 20% of its natural discharge to flow to the Gulf. Near the river’s mouth, the heavily irrigated Rio Grande Valley is an important agricultural region. The Rio Grande is one of 19 Great Waters recognized by America’s Great Waters Coalition.

The Rio Grande rises in the western part of the Rio Grande National Forest in the U.S. state of Colorado. The river is formed by the joining of several streams at the base of Canby Mountain in the San Juan Mountains, just east of the Continental Divide. From there, it flows through the San Luis Valley, then south into New Mexico, passing through Española, Albuquerque, and Las Cruces to El Paso, Texas and Ciudad Juárez, Chihuahua.

Below El Paso it serves as part of the border between the United States and Mexico. The official river border measurement ranges from 889 miles (1,431 km) to 1,248 miles (2,008 km), depending on how the river is measured. A major tributary, the Rio Conchos, enters at Ojinaga, Chihuahua, below El Paso, and supplies most of the water in the border segment. Other well-known tributaries include the Pecos and the smaller Devils, which join the Rio Grande on the site of Amistad Dam. Despite its name and length, the Rio Grande is not navigable by ocean-going ships, nor do smaller passenger boats or cargo barges use it as a route. It is barely navigable at all, except by small boats in a few places.

The Rio Grande rises in high mountains and flows for much of its length at high elevation; El Paso is 3,762 feet (1,147 m) above sea level. In New Mexico, the river flows through the Rio Grande rift from one sediment-filled basin to another, cutting canyons between the basins and supporting a fragile bosque ecosystem on its flood plain. From El Paso eastward, the river flows through desert. Only in the sub-tropical lower Rio Grande Valley is there extensive irrigated agriculture. The river ends in a small sandy delta at the Gulf of Mexico. During portions of 2001 and 2002 the mouth of the Rio Grande was blocked by a sandbar. In the fall of 2003 the sandbar was cleared by high river flows of about 7,063 cubic feet per second (200 m3/s).

Recommended For You  Yenisei River 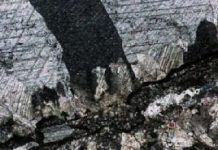 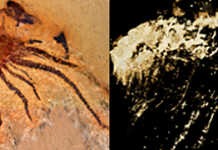 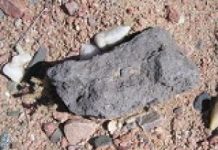 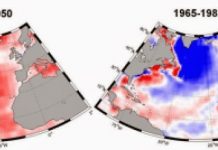