The largest predatory dinosaur ever found terrorised the water more than the land, according to remarkable fossils dug up in the Moroccan Sahara.

The bones show that the meat-eating Spinosaurus spent most of its time in water, making it the first known dinosaur to have adopted a semi-aquatic lifestyle.

It had small nostrils far back on its crocodile-like skull which allowed it to breathe when its head was partially submerged. It had stubby legs, long feet and large, flat claws, leading experts to suspect it had webbed feet.

The teeth are not the sharp steak-knife weapons seen in land predators, but conical ones better suited to impaling soft prey such as fish.

“The animal we are resurrecting today is so bizarre, it is going to force dinosaur experts to rethink many things they thought they knew about dinosaurs,” said Nizar Ibrahim, a palaeontologist at Chicago University. “So far, Spinosaurus is the only dinosaur that shows these adaptations.

An adult spinosaurus weighed up to 20 tonnes and reached 15 metres long, making it longer than the largest tyrannosaurus rex specimen. In the water, much of the beast would have been submerged, save for the two-metre sail on its back.

Many experts have long believed that spinosaurus lived in water, based on studies of its anatomy and habitats. The idea was boosted by Chinese scientists who found that spinosaur teeth carried the chemical signature of a marine diet.

Spinosaurus was first identified from bones dug up in the western desert of Egypt in 1911. The bones, dated to 95m years ago, were described by the German palaeontologist Ernst Stromer, but were destroyed when the RAF accidentally bombed Munich’s state palaeontology museum in April 1944.

The most important fossil was a partial skeleton that had apparently found its way from a local fossil collector to a museum in Milan. Ibrahim said he had seen the fossils on a trip to Italy and realised they looked familiar. The sighting led him on an unlikely journey.

In 2008, Ibrahim was in Erfoud, a town near the border with Algeria, and had been approached by a man carrying a cardboard box. In it were spinosaur tail spines. Ibrahim was convinced they belonged to the same fossil as the remains in Milan. He set about tracking the man down to find out where the fossils had been excavated and to repatriate the remains to Morocco.

Ibrahim knew nothing about the man other than that he had a moustache, which did little to boost his hopes of success. But after much searching he had a stroke of luck. “We were in a cafe in Erfoud and I saw my dreams going down the drain. I thought we were never going to find the guy. But at that very moment … a person walked past our table. I caught a glimpse of his face and immediately recognised it. It was the man we were looking for.”

He took them to where he had found the spinosaur fossils. There, Ibrahim and his colleagues discovered more spinosaurus remains, including teeth, and vertebrae and pieces of jaw.

Now desert, the Kem Kem beds were once criss-crossed with rivers teeming with car-sized coelacanths, seven-metre-long sawfish, giant lungfish, sharks and several species of crocodile-like predators. It was the wrong place for a swim but bountiful for a fearsome spinosaur.

Inspecting the bones, researchers found neurovascular openings on the spinosaur snout, which are thought to have harboured pressure sensors to detect movement of prey in the water. They also found bad news for the makers of Jurassic Park III which features a villainous spinosaur walking on its hind legs. The animal’s centre-of-gravity was too far forward to balance that way, the researchers claim. Instead, the beast seems to have walked on all fours, making it the only meat-eating dinosaur known to do so. Details of the findings are reported in the journal Science.

Paul Barrett, a dinosaur expert at the Natural History Museum in London, said the evidence for spinosaurs living a semi-aquatic life was compelling before the latest fossils were described. But he added that if the latest collection of bones belonged to a single animal they were hugely valuable because other spinosaur remains are so scant.

“I really want to know how confident they are that all the bones belong to same specimen,” he said. Fossils are often sold piece by piece, so confirming the provenance of the remains is particularly important. “The only person who saw it in the ground is the fossil dealer,” Barrett said.

Recommended For You  Shrinking dinosaurs evolved into flying birds

Note : The above story is based on materials provided by Ian Sample,The Guardian 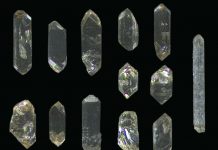 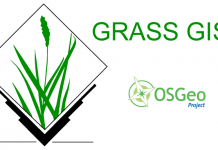 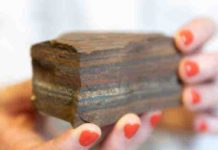