A journey to the Mariana Trench, the deepest crevice on Earth’s surface, reveals the great Pacific tectonic plate descending deep into the planet where it recycles back into mantle rock. This recycling of old tectonic plate, called subduction, drives plate tectonics and is nothing new to scientists, but exactly when the process got started is a hot debate. A new study may put that to rest by unmasking a sequence of 4.4-billion-year-old lavas as the remnants of the first subduction zone on Earth. If correct, the discovery marks the dawn of plate tectonics and thus several geological processes critical to Earth’s environment and perhaps even its life.

In 2008, scientists studying ancient lavas in northern Quebec, known to geologists as the Nuvvuagittuq greenstone belt, saw that they had the same geochemical signature as lavas from modern subduction zones like the Mariana. This meant that they must have mixed with briny fluids squeezed up through subduction zones and only there. The geochemistry of those rocks could be used as a sort of fingerprint to help identify subduction zone lavas.

Geologists Tracy Rushmer and Simon Turner of Macquarie University in Sydney, Australia, decided to take a closer look. They and their colleagues noticed a distinct chemical pattern to the layers in the lava, creating a unique sequence of rocks. The team thought this sequence could be similar to lava sequences made by modern subduction zones like the Mariana Trench. Mark Reagan, a geologist at the University of Iowa who has taken submersibles into the trench five times as deep as 6500 meters, confirmed Rushmer and Turner’s suspicions. “The whole sequence,” Rushmer says, “linked in with what Mark was seeing in the Mariana Trench.” The team says each rock layer in the sequences at the Mariana lavas and the Nuvvuagittuq lavas describes a step in the birth of a subduction zone.

The key is in how rocks and their chemistry change with each successive layer. As the oceanic slab descends, lavas begin rising up and erupt on the surface in layers atop one another, creating a rising sequence of igneous rocks. With increasing depth, heat and pressure begin squeezing different elements out of the slab in fluids. Over time, these fluids change the chemical composition of the lavas so that they become rich in rare earth elements like ytterbium, but poor in the element niobium. The first layer in the sequence erupts before the fluids can escape the slab, but the next layer in the sequence gets just enough fluid to make a partial signature. The final layer carries huge amounts of rare earth elements and very little niobium, together making the clarion mark of subduction zone lava.

The team realized not only do both rocks carry the same geochemical signature, but in comparing the Mariana and the Nuvvuagittuq, they also discovered the rocks and the geochemistry of both sequences change in the exact same way, they report in the current issue of Geology. This finding bolstered the theory that the Nuvvuagittuq sequence is an ancient subduction zone. “Seeing the evolving chemical signature,” Turner says, “was much more robust than just saying there is or isn’t niobium.”

Geochemist Julian Pearce of Cardiff University in the United Kingdom still isn’t completely convinced, though. He says the Nuvvuagittuq greenstone belt might just be too old and warped to have a reliable signal from 4.4 billion years ago. “The evidence would be compelling if the rocks were young, undeformed, and fresh,” Pearce says. As they are now, the Nuvvuagittuq rocks have been modified by intense heat and pressure “which can mask and modify geochemical signals” through contamination from nearby rocks. Furthermore, while Pearce believes a subduction zone is one place these geochemical signatures can be made, “it is not the only location.”

While those are legitimate concerns, geoscientist Norman Sleep of Stanford University in Palo Alto, California, isn’t too bothered. “It’s not fully sorted out yet,” Sleep says, but the Nuvvuagittuq rocks “really seem like modern arclike lavas” found at the Mariana. When it comes to the geochemical signature of subduction, Turner and the members of the team say that heat and pressure don’t alter the geochemical fingerprint much, and Sleep says this is reasonable. Despite all of the difficulties of studying such timeworn rocks, he says “the work done in this paper is very valuable.”

For one, everyone agrees subduction zones could sculpt ideal sanctuaries for the origin of life. Fluids released from subducting crust also transform mantle rocks into a mineral called serpentine. Those fluids go on to form hot springs on the ocean floor. “The serpentine provides an energy source,” Sleep says, which is one of three requirements for early life. The molecule RNA can satisfy the other two requirements by acting as both a catalyst helping other molecules form and a way to self-replicate. But RNA will fall apart without something to stabilize it. As luck would have it, these serpentine vents are bursting with boron, which acts as a stabilizing agent for RNA. This makes what could be the most ancient subduction zone on Earth, Pearce says, “a likely setting for life to start.”

Note : The above story is based on materials provided by Angus Chen “American Association for the Advancement of Science” 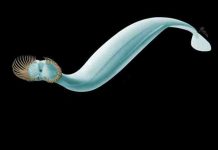 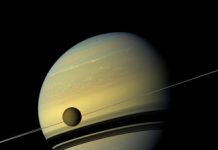