The Syr Darya is a river in Central Asia. The second part of the name (Darya) means river, though “Syr Darya River” is the conventional name. The current name dates only from the 18th century; since roughly the Muslim Conquests of Central Asia the river was known as the Seyhun (سيحون) River, i.e., one of the four rivers of Jannah, or paradise. Prior to the coming of Islam to Central Asia, the river’s name is recorded by several sources, including those relating to Alexander the Great as the Jaxartes River.

The earliest recorded name comes down to us as Jaxartes /ˌdʒæɡˈzɑrtiːz/ or Iaxartes /ˌaɪ.əɡˈzɑrtiːz/ (Ἰαξάρτης) in Ancient Greek. The Greek preserves the Old Persian name Yakhsha Arta (“True Pearl”), perhaps a reference to the color of its glacially-fed water. More evidence for the Persian etymology comes from its Turkic name up to the time of the Arab Conquest, the Yinchu, or Pearl, River.

Following the Conquests, the river appears in the sources uniformly as the Seyhun (سيحون), one of the four rivers flowing from Jannah.

The Turkic and current name of the River, Syr (Sïr), does not appear before the 16th century. In the 17th century, Abu al-Ghazi Bahadur Khan, historian and ruler of Khiva, calls the Aral Sea the “Sea of Sïr,” or Sïr Tengizi.

The river rises in two headstreams in the Tian Shan Mountains in Kyrgyzstan and eastern Uzbekistan—the Naryn River and the Kara Darya which come together in the Uzbek part of the Fergana Valley—and flows for some 2,212 kilometres (1,374 mi) west and north-west through Uzbekistan and southern Kazakhstan to the remains of the Aral Sea. The Syr Darya drains an area of over 800,000 square kilometres (310,000 sq mi), but no more than 200,000 square kilometres (77,000 sq mi) actually contribute significant flow to the river. Its annual flow is a very modest  37 cubic kilometres (30,000,000 acre·ft) per year—half that of its sister river, the Amu Darya.

Recommended For You  St. Clair River

Along its course, the Syr Darya irrigates the most productive cotton-growing region in the whole of Central Asia, together with the towns of Kokand, Khujand, Kyzylorda and Turkestan.

Various local governments throughout history have built and maintained an extensive system of canals. These canals are of central importance in this arid region. Many fell into disuse in the 17th and early 18th cnetury, but the Khanate of Kokand rebuilt many in the 19th century, primarily along the Upper and Middle Syr Darya.

Massive expansion of irrigation canals in Middle and Lower Syr Darya during the Soviet period to water cotton and rice fields caused ecological damage to the area. The amount of water taken from the river was such that in some periods of the year, no water at all reaches the Aral Sea, similar to the Amu Darya situation in Uzbekistan and Turkmenistan. 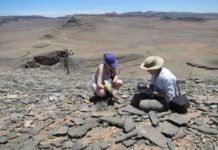 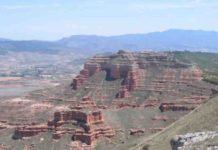 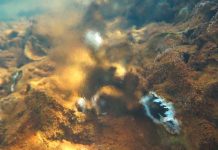