Near real-time analysis of the April 1 earthquake in Iquique, Chile, showed that the 8.2 event occurred in a gap on the fault unruptured since 1877 and that the April event was not what the scientists had expected, according to an international team of geologists.
“We assumed that the area of the 1877 earthquake would eventually rupture, but all indications are that this 8.2 event was not the 8.8 event we were looking for,” said Kevin P. Furlong, professor of geophysics, Penn State. “We looked at it to see if this was the big one.”

But according to the researchers, it was not. Seismologists expect that areas of faults will react the same way over and over. However, the April earthquake was about nine times less energetic than the one in 1877 and was incapable of releasing all the stress on the fault, leaving open the possibility of another earthquake.

The Iquique earthquake took place on the northern portion of the subduction zone formed when the Nazca tectonic plate slides under the South American plate. This is one of the longest uninterrupted plate boundaries on the planet and the site of many earthquakes and volcanos. The 8.2 earthquake was foreshadowed by a systematic sequence of foreshocks recorded at 6.0, 6.5, 6.7 and 6.2 with each foreshock triggering the next until the main earthquake occurred.

“There can still be a big earthquake there,” said Furlong. “It didn’t release the total hazard, but it told us something about this large earthquake area. That an 8.8 rupture doesn’t always happen.”

The researchers were able to do this analysis in near real time because of the availability of large computing power and previously laid groundwork.

The computing power allowed researchers to model the fault more accurately. In the past, subduction zones were modeled as if they were on a plane, but the plate that is subducting curves underneath the other plate creating a 3-dimensional fault line. The researchers used a model that accounted for this curving and so more accurately recreated the stresses on the real geology at the fault.

“One of the things the U.S. Geological Survey and we have been doing is characterizing the major tectonic settings,” said Furlong. “So when an earthquake is imminent, we don’t need a lot of time for the background.”

Knowing where the old earthquake occurred, how large it was and how long ago it happened, the researchers could look at the foreshocks, see how much stress they relieved and anticipate, at least in a small way, what would happen.

“This is what we need to do in the future in near real time for decision makers,” said Furlong. 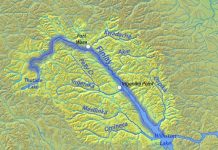 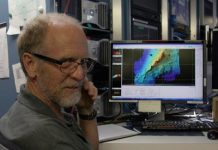 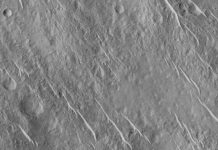