The first breakthrough paper to come out of a massive U.S. expedition to one of Earth’s final frontiers shows that there’s life and an active ecosystem one-half mile below the surface of the West Antarctic Ice Sheet, specifically in a lake that hasn’t seen sunlight or felt a breath of wind for millions of years.
The life is in the form of microorganisms that live beneath the enormous Antarctic ice sheet and convert ammonium and methane into the energy required for growth. Many of the microbes are single-celled organisms known as Archaea, said Montana State University professor John Priscu, the chief scientist of the U.S. project called WISSARD that sampled the sub-ice environment. He is also co-author of the MSU author-dominated paper in the Aug. 21 issue of Nature.

“We were able to prove unequivocally to the world that Antarctica is not a dead continent,” Priscu said, adding that data in the Nature paper is the first direct evidence that life is present in the subglacial environment beneath the Antarctic ice sheet.

Lead author Brent Christner said, “It’s the first definitive evidence that there’s not only life, but active ecosystems underneath the Antarctic ice sheet, something that we have been guessing about for decades. With this paper, we pound the table and say, ‘Yes, we were right.'”

Priscu said he wasn’t entirely surprised that the team found life after drilling through half a mile of ice to reach Subglacial Lake Whillans in January 2013. An internationally renowned polar biologist, Priscu researches both the South and North Poles. This fall will be his 30th field season in Antarctica, and he has long predicted the discovery.

More than a decade ago, he published two manuscripts in the journal Science describing for the first time that microbial life can thrive in and under Antarctic ice. Five years ago, he published a manuscript where he predicted that the Antarctic subglacial environment would be the planet’s largest wetland, one not dominated by the red-winged blackbirds and cattails of typical wetland regions in North America, but by microorganisms that mine minerals in rocks at subzero temperatures to obtain the energy that fuels their growth.

Following more than a decade of traveling the world presenting lectures describing what may lie beneath Antarctic ice, Priscu was instrumental in convincing U.S. national funding agencies that this research would transform the way we view the fifth largest continent on the planet.

Although he was not really surprised about the discovery, Priscu said he was excited by some of the details of the Antarctic find, particularly how the microbes function without sunlight at subzero temperatures and the fact that evidence from DNA sequencing revealed that the dominant organisms are archaea. Archaea is one of three domains of life, with the others being Bacteria and Eukaryote.

Many of the subglacial archaea use the energy in the chemical bonds of ammonium to fix carbon dioxide and drive other metabolic processes. Another group of microorganisms uses the energy and carbon in methane to make a living. According to Priscu, the source of the ammonium and methane is most likely from the breakdown of organic matter that was deposited in the area hundreds of thousands of years ago when Antarctica was warmer and the sea inundated West Antarctica. He also noted that, as Antarctica continues to warm, vast amounts of methane, a potent greenhouse gas, will be liberated into the atmosphere enhancing climate warming.

The U.S. team also proved that the microorganisms originated in Lake Whillans and weren’t introduced by contaminated equipment, Priscu said. Skeptics of his previous studies of Antarctic ice have suggested that his group didn’t actually discover microorganisms, but recovered microbes they brought in themselves.

“We went to great extremes to ensure that we did not contaminate one of the most pristine environments on our planet while at the same time ensuring that our samples were of the highest integrity,” Priscu said.

Extensive tests were conducted at MSU two years ago on WISSARD’s borehole decontamination system to ensure that it worked, and Priscu led a publication in an international journal presenting results of these tests. This decontamination system was mated to a one-of-a-kind hot water drill that was used to melt a borehole through the ice sheet, which provided a conduit to the subglacial environment for sampling.

Every day in Antarctica, he would tell his team to keep it simple, Priscu said. To prove that an ecosystem existed below the West Antarctic Ice Sheet, he wanted at least three lines of evidence. They had to see microorganisms under the microscope that came from Lake Whillans and not contaminated equipment. They then had to show that the microorganisms were alive and growing. They had to be identifiable by their DNA.

When the team found those things, he knew they had succeeded, Priscu said.

The Whillans Ice Stream Subglacial Access Research Drilling (WISSARD) project officially began in 2009 with a $10 million grant from the National Science Foundation. Now involving 13 principal investigators at eight U.S. institutions, the researchers drilled down to Subglacial Lake Whillans in January 2013. The microorganisms they discovered are still being analyzed at MSU and other collaborating institutions.

Christner said species are hard to determine in microbiology, but “We are looking at a water column that probably has about 4,000 things we call species. It’s incredibly diverse.”

Planning to drill again this austral summer in a new Antarctic location, Priscu said WISSARD was the first large-scale multidisciplinary effort to directly examine the biology of an Antarctic subglacial environment. The Antarctic Ice Sheet covers an area 1 ½ times the size of the United States and contains 70 percent of Earth’s freshwater, and any significant melting can drastically increase sea level. Lake Whillans, one of more than 200 known lakes beneath the Antarctic Ice Sheet and the primary lake in the WISSARD study, fills and drains about every three years. The river that drains Lake Whillans flows under the Ross Ice Shelf, which is the size of France, and feeds the Southern Ocean, where it can provide nutrients for life and influence water circulation patterns.

The opportunity to explore the world under the West Antarctic Ice Sheet is an unparalleled opportunity for the U.S. team, as well as for several MSU-affiliated researchers who are part of that team and wrote or co-authored the Nature paper, Priscu said.

Christner, for one, was a postdoctoral researcher with Priscu and Mark Skidmore at MSU from 2002 through 2006. He is now associate professor of biological sciences at Louisiana State University. Jill Mikucki, now an assistant professor at the University of Tennessee in Knoxville, was one of Priscu’s doctoral students. Skidmore is a glacial geochemist in MSU’s Department of Earth Sciences. Andrew Mitchell, now at Aberystwyth University in the United Kingdom, was a postdoctoral researcher with MSU’s Center for Biofilm Engineering. Alex Michaud and Trista Vick-Majors are currently earning their doctorates in Priscu’s research group at MSU. Other MSU people on the team were Education and Outreach Coordinator Susan Kelly and Project Manager John Sherve.

The fact that MSU was so involved reflects the fact that it is pioneering a new field of science, Priscu said. MSU is the common ancestor of many scientists who study life in and under ice.

“I always tell my students when they come into the lab that ‘We are inventing this field of science. It’s working on life in ice and under ice. This field has never existed before. We thought it up. You are pioneers,'” Priscu said.

Appreciative of the opportunity to participate in WISSARD, Vick-Majors said she saw bacteria under the microscope within an hour after the first sample of water was pulled out of Subglacial Lake Whillans. Within days, she saw proof that the bacteria were active.

“It was very exciting. It will be hard to top,” she said.

She added that, “If you want to do microbial ecology in Antarctic subglacial environments, John is probably the person you want to work with. I feel very lucky to have gotten the opportunity.”

Agreeing, Michaud said, “Some of the graduate students joke, ‘How do we top this?’ We can’t.”

But the students can build on their WISSARD experience and gain a deeper understanding of Subglacial Lake Whillans and other subglacial habitats, he said. It’s not about going out and finding more novel habitats.

Christner said the team that wrote the paper in Nature is the dream team of polar biology. Besides the MSU-affiliated scientists, the co-authors include Amanda Achberger, a graduate student at Louisiana State University; Carlo Barbante, a geochemist at the University of Venice in Italy; Sasha Carter, a postdoctoral researcher at the University of California in San Diego; and Knut Christianson a postdoctoral researcher from St. Olaf College in Minnesota and New York University.

“I hope this exciting discovery will touch the lives (both young and old) of people throughout the world and inspire the next generation of polar scientists,” Priscu said.

Note : The above story is based on materials provided by Montana State University. The original article was written by Evelyn Boswell. 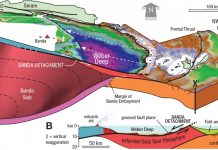 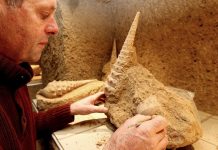 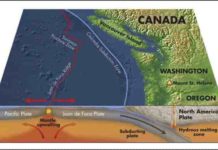 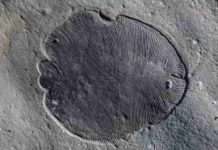