No one but a Grinch enjoys black snow—it has no redeeming qualities. Yet scientists at Pacific Northwest National Laboratory trained their sights on soot to understand its undesirable effects on the Arctic environment. Using global climate model simulations, they evaluated soot’s effects in Northern China and the Arctic against measurements over the region. PNNL and a University of Michigan collaborator found key model parameters that correctly spot soot buildup and melt-away in a complex seasonal and latitudinal dependence swing. Their study will help the climate modeling community better understand soot’s great influence on regional and global climate.

Soot, a.k.a. black carbon, may have a greater impact on the fast-retreating Arctic snow pack and glaciers than any other human-caused climate-warming agent. Soot is black, and black draws and holds heat from the sun. Soot from combustion of fossil fuels, such as diesel and coal, as well as forest fires and other organic burning, travels through the atmosphere and falls on snow and glacier ice pack. Like a dark blanket, it heats up the snow and ice and also reduces the amount of the sun’s rays normally reflected back into space from bright, white snow. It’s a one-two punch for the world’s store of ice and snow. This study helps researchers understand how black carbon’s impacts are registered and reproduced in climate models, providing valuable information in predicting the future of the Arctic climate.

The research team led by Dr. Yun Qian at PNNL evaluated the simulated black carbon on snow against measurements collected from multiple field campaigns over the Arctic and Northern China. They conducted a series of sensitivity experiments using the newly improved Community Atmosphere Model version 5 (CAM5) to examine the impact of several key parameters. They looked at the impact of snow aging, and the melt-water scavenging efficiency parameters on black carbon’s concentration and radiative forcing in the model. They also compared the uncertainty (the range of possible answers), resulting from the black carbon deposition, with the uncertainty related to how snow-aging and melt-water scavenging is treated for black carbon in the model.

The sensitivity simulations in CAM5 indicated that the melt-water scavenging efficiency parameter plays an important role in regulating black carbon concentrations in the Arctic through the post-depositional enrichment, which not only drastically changes the amplitude but also shifts the seasonal cycle of the black carbon in snow concentration and its radiative forcing in the Arctic. They found that the improvements of black carbon transport and deposition in CAM5 have a stronger influence on black carbon in snow than perturbations of the two snow model parameters over Northern China.

Scientists are planning research that will explore the limitations of simulating black carbon in snow that were highlighted in this study, including in situ observations and laboratory studies with a focus on snow aging and melt-water scavenging of black carbon. 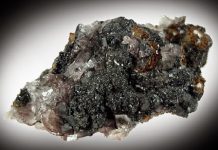 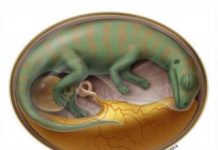 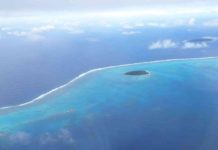