The hazard posed by large earthquakes is difficult to estimate because they often occur hundreds to thousands of years apart. Because written records for the Puget Lowland of northwestern Washington cover less than 170 years, the size and frequency of the largest and oldest earthquakes on the Seattle and Tacoma faults are unknown. Past earthquakes can only be estimated through geologic studies of sediments and landforms that are created when faults break the ground surface.

Along the Cascadia margin, the cities of Seattle and Tacoma occupy the Puget Lowland, a structurally complex, seismically active forearc trough between the Coast Range and the Cascade volcanic arc. Deformation of the lowland is caused by the clockwise motion of western Oregon, pushing northward and compressing western Washington against slower moving Canada. Much of the north- to northeast-directed strain in the southern Puget Lowland is accommodated by deformation in the Seattle fault zone, the Tacoma fault zone, the Saddle Mountain deformation zone, and along the Olympia fault.

In their paper for GEOSPHERE, published online 25 June 2014, Alan R. Nelson and colleagues write that although in 1992 a very large earthquake on the Seattle fault was dated to a thousand years ago, the size and frequency of earlier earthquakes on active faults of the southern Puget Lowland remains uncertain. Through a synthesis of earlier geologic data with new field evidence of earthquake faulting at nine sites on the Seattle and Tacoma faults, Nelson and colleagues show that four or five earthquakes large enough to break the ground surface occurred on the Seattle fault or related faults during the past 3,500 years. 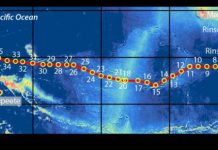 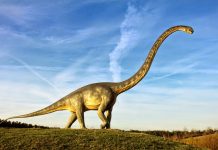 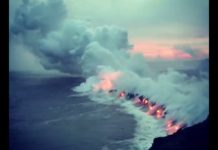