Dean Wilson recently returned from a research cruise off Japan, carrying out deep-sea drilling to gather rock samples and sensor data on the geology beneath the seabed. The results will give us a better understanding of the risk of earthquakes and tsunamis. He describes life aboard the good ship Chikyu.

Ahead of my first trip to Japan, my head was full of childhood images of futuristic robots and high-speed trains. Tokyo didn’t disappoint. In the two days I had on dry land, I experienced delicious food, friendly people and the crazy juxtaposition of tranquil shrines in the midst of a busy city. It was a whirlwind experience.

The next morning, I found myself on a small passenger helicopter with a handful of other scientists heading out over the Philippine Sea, to a drop in the ocean about 100km south of Japan. Thirty minutes later I caught my first glimpse of the deep-sea drilling vessel Chikyu, essentially a mobile drilling platform.

It casts an unmistakable silhouette against the enormous expanse of the ocean. The growing image of the giant ship was stupendous. With its 70m derrick (drilling rig) standing proudly to attention in the centre of the vessel, it looked like a giant Tetris block sent down from the heavens! The Chikyu would be my home, office and lab for the next seven weeks. Suddenly a wave of emotions washed over me: I was excited, nervous and a little hysterical – what was I doing here?

About ten months earlier, I applied to sail on the Integrated Ocean Drilling Program’s (IODP) Expedition 338, a sea-going science mission to understand what causes large earthquakes and the generation of tsunami waves. Here’s what I thought when reading the advert: ‘WANTED: team of specialist scientists needed for intrepid exploration of the Earth below the sea. Seven weeks of hard but rewarding work out on the ocean waves. Beards optional!’

As a full-time researcher in marine geophysics, I spend most of my days sitting at a computer, so I really relish the opportunity to escape from the office and get some first-hand experience of collecting the data that is so crucial to my work.

Expedition 338 is part of a larger project aimed at learning more about how and why earthquakes and tsunamis occur. The IODP explores the geology below the seafloor to study Earth processes that evolve over time, ultimately causing violent, unpredictable natural disasters. The Nankai Trough Seismogenic Zone Experiment (NanTroSEIZE) is a complex ocean drilling project that is being conducted over several years (2007 to present) with multiple expeditions and scientists from all over the world.

NanTroSEIZE is the first attempt to drill, sample, and instrument the earthquake-causing or ‘seismogenic’ portion of the Earth’s crust, where violent, large-scale quakes have occurred repeatedly throughout history. The Nankai Trough is one of the most seismically active zones on the planet, and our sensors and sample data are expected to yield insights into the processes responsible for earthquakes and tsunamis, with implications for disaster planning and early warning systems.

Daily life onboard Chikyu was easy going. Meals are provided every six hours, washing is done within four and cabins are cleaned regularly. Everything is run to ensure that the ship’s crew, drilling engineers and scientists can work around the clock. The scientists have a daily meeting, with an operation and logistics update, science presentations, as well as morale-boosting items like choosing logo designs and planning the Christmas party – strictly no alcohol allowed though.

After several weeks, ‘Chikyu Time’ sets in, where days feel like weeks and every day is Groundhog Day. There are, however, plenty of things to break up the routine – ice cream twice a week, ping-pong tournaments, film screenings and even a sauna and hot tub.

Chikyu is an amazing machine. Using its six computer-controlled thrusters, the 210m, 57,000-tonne vessel can stay in exactly the same position for months at a time in all but the most challenging conditions. (For comparison, the Eiffel Tower weighs about 10,000 tonnes.) It can drill a staggering 7km below the seafloor, in water up to 2.5km deep. If the drill pipe that extends from the ship to the seafloor were as thick as a straw, it would be 100m long.

During Expedition 338, we drilled 12 holes into different parts of the seabed. They reached up to 2km below the seabed, and targeted different features identified from seafloor maps and images of the subsurface. At some holes we recovered rock samples (cores), while at others we measured geophysical properties, including electrical conductivity and acoustic velocity, from within the borehole while drilling. The holes were 30cm across – the size of a regular pizza – and we recovered the cores from inside the hollow drill barrel, known as the string, using a method akin to coring an apple.

In the end the recovered core is pulled up inside a core liner that’s about the same size as a household drainpipe. After this, the cores get split in two lengthways. One half is described and measured on board, with samples taken for later work, while the second half is archived. This involved categorising the sediments and rocks based on their mineralogy, elemental composition and grain size to understand where they came from – for example, from submarine river deposits or volcanic ash layers. Fossils and magnetic minerals can be used to understand the age of the material, and structures within it are analysed to understand how the rocks have been deformed since they were deposited.

My job was to interpret the geophysical data that were collected whilst drilling holes where no core samples were taken. This involved spending lots of time analysing curves and images for patterns and relating this information to what we already knew about the subsurface geology from the cores recovered at nearby holes. Once I’d analysed the data, key observations were compiled into reports that will eventually be used as an expedition reference volume for the whole scientific community.

Chikyu was also recently involved in IODP’s Japan Trench Fast Drilling Project (JFAST), to understand the very large fault slip that occurred in the shallow subseafloor during the 2011 Tohoku earthquake. (A fault slip is when two sections of the earth’s crust that were previously locked together by friction suddenly slide over each other.) This large slip of 30 to 50 metres was the main source of the devastating tsunami that caused so much damage and loss of life along the northeast coast of Honshu.

Understanding the Tohoku earthquake and tsunami has obvious benefits in evaluating the hazards at other subduction zones around the world. At these zones, the vast tectonic plates of the Earth’s crust are gradually sliding past each other, one beneath the other along the largest faults on Earth. Friction between the plates makes them grip together, building up energy, until they suddenly slip, releasing the stored energy in an earthquake. Obtaining a piece of the fault that moved tens of metres during the earthquake will provide meaningful new geological information. Scientists have never seen samples of a fault that has moved so far during a recent subduction zone earthquake.

Although Expedition 338 ended in January, there is still a great deal of work to be done. Our tasks include reports, meetings, post-cruise research, scientific publications and wider public outreach activities. Expeditions are expensive, but the rare data and samples we collected will be worked on for many years to come. When new techniques are developed or new theories need to be tested, the researchers of the future will be able to build on the work we did on the cruise to better understand the secrets of the Earth.

Note : The above story is based on materials provided by Dr Dean J Wilson is a marine geophysicist at the University of Southampton. 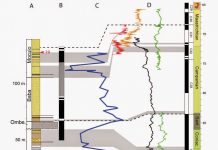 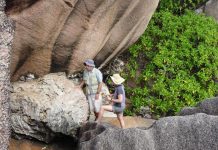 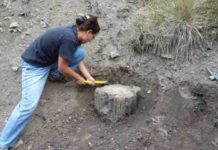 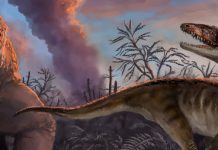