A cluster of closely timed earthquakes over 100 years in the 17th and 18th centuries released as much accumulated stress on San Francisco Bay Area’s major faults as the Great 1906 San Francisco earthquake, suggesting two possible scenarios for the next “Big One” for the region, according to new research published by the Bulletin of the Seismological Society of America (BSSA).

“The plates are moving,” said David Schwartz, a geologist with the U.S. Geological Survey and co-author of the study. “The stress is re-accumulating, and all of these faults have to catch up. How are they going to catch up?”

The San Francisco Bay Region (SFBR) is considered within the boundary between the Pacific and North American plates. Energy released during its earthquake cycle occurs along the region’s principal faults: the San Andreas, San Gregorio, Calaveras, Hayward-Rodgers Creek, Greenville, and Concord-Green Valley faults.

“The 1906 quake happened when there were fewer people, and the area was much less developed,” said Schwartz. “The earthquake had the beneficial effect of releasing the plate boundary stress and relaxing the crust, ushering in a period of low level earthquake activity.”

The earthquake cycle reflects the accumulation of stress, its release as slip on a fault or a set of faults, and its re-accumulation and re-release. The San Francisco Bay Area has not experienced a full earthquake cycle since its been occupied by people who have reported earthquake activity, either through written records or instrumentation. Founded in 1776, the Mission Dolores and the Presidio in San Francisco kept records of felt earthquakes and earthquake damage, marking the starting point for the historic earthquake record for the region.

“We are looking back at the past to get a more reasonable view of what’s going to happen decades down the road,” said Schwartz. “The only way to get a long history is to do these paleoseismic studies, which can help construct the rupture histories of the faults and the region. We are trying to see what went on and understand the uncertainties for the Bay Area.”

Schwartz and colleagues excavated trenches across faults, observing past surface ruptures from the most recent earthquakes on the major faults in the area. Radiocarbon dating of detrital charcoal and the presence of non-native pollen established the dates of paleoearthquakes, expanding the span of information of large events back to 1600.

The trenching studies suggest that between 1690 and the founding of the Mission Dolores and Presidio in 1776, a cluster of earthquakes ranging from magnitude 6.6 to 7.8 occurred on the Hayward fault (north and south segments), San Andreas fault (North Coast and San Juan Bautista segments), northern Calaveras fault, Rodgers Creek fault, and San Gregorio fault. There are no paleoearthquake data for the Greenville fault or northern extension of the Concord-Green Valley fault during this time interval.

“What the cluster of earthquakes did in our calculations was to release an amount of energy somewhat comparable to the amount released in the crust by the 1906 quake,” said Schwartz.

“Everybody is still thinking about a repeat of the 1906 quake,” said Schwartz. “It’s one thing to have a 1906-like earthquake where seismic activity is shut off, and we slide through the next 110 years in relative quiet. But what happens if every five years we get a magnitude 6.8 or 7.2? That’s not outside the realm of possibility.” 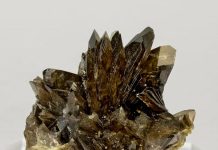 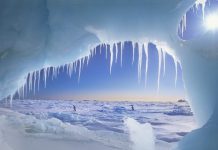 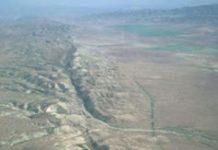