Scientists at the University of California, Riverside have discovered a fossil of a newly discovered organism from the “Ediacara Biota” — a group of organisms that occurred in the Ediacaran period of geologic time.

“Plexus was unlike any other fossil that we know from the Precambrian,” said Mary L. Droser, a professor of paleontology, whose lab led the research. “It was bilaterally symmetrical at a time when bilaterians — all animals other than corals and sponges — were just appearing on this planet. It appears to have been very long and flat, much like a tapeworm or modern flatworm.”

Recommended For You  Giant flightless birds were nocturnal and possibly blind

According to the researchers, the lack of bioturbators during the Ediacaran allowed thick films of (probably) photosynthetic algal mats to accumulate on ocean floors — a very rare environment in the oceans today. Such an environment paved the way for many mat-related lifestyles to evolve, which become virtually absent in the post-Ediacaran world.

Paleontologists have reported that much of the Ediacara Biota was composed of tubular organisms. The question that Droser and Joel addressed was: Is Plexus ricei a tubular organism or is it an organism that wormed its way through the sand, leaving a trail behind it?

“In the Ediacaran we really need to know the difference between the fossils of actual tubular organisms and trace fossils because if the fossil we are looking at is a trace fossil, then that has huge implications for the earliest origins of bilaterian animals — organisms with bilateral symmetry up and down their midlines and that can move independently of environment forces,” Joel said. “Being able to tell the difference between a tubular organism and a trace fossil has implications for the earliest origins of bilaterian organism, which are the only kinds of creatures that could have constructed a tubular trace fossil. Plexus is not a trace fossil. What our research shows is that the structure we see looks very much like a trace fossil, but is in fact a new Ediacaran tubular organism, Plexus ricei.” 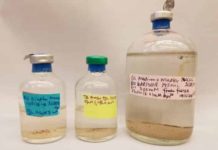 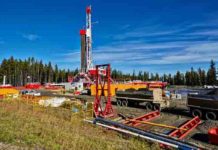 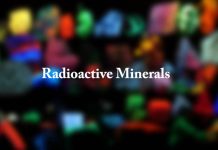