An international team of scientists has discovered new relationships between deep-sea temperature and ice-volume changes to provide crucial new information about how the ice ages came about.

Researchers from the University of Southampton, the National Oceanography Centre and the Australian National University developed a new method for determining sea-level and deep-sea temperature variability over the past 5.3 million years. It provides new insight into the climatic relationships that caused the development of major ice-age cycles during the past two million years.

The results are published in the scientific journal Nature.

Co-author Dr Gavin Foster, from Ocean and Earth Science at the University of Southampton, says: “Our work focused on the discovery of new relationships within the natural Earth system. In that sense, the observed decoupling of temperature and ice-volume changes provides crucial new information for our understanding of how the ice ages developed.

“However, there are wider implications too. For example, a more refined sea-level record over millions of years is commercially interesting because it allows a better understanding of coastal sediment sequences that are relevant to the petroleum industry. Our record is also of interest to climate policy developments, because it opens the door to detailed comparisons between past atmospheric CO2 concentrations, global temperatures, and sea levels, which has enormous value to long-term future climate projections.”

The team used records of oxygen isotope ratios (which provide a record of ancient water temperature) from microscopic plankton fossils recovered from the Mediterranean Sea, spanning the last 5.3 million years. This is a particularly useful region because the oxygen isotopic composition of the seawater is largely determined by the flow of water through the Strait of Gibraltar, which in turn is sensitive to changes in global sea level — in a way like the pinching of a hosepipe.

As continental ice sheets grew during the ice ages, flow through the Strait of Gibraltar was reduced, causing measurable increases in the oxygen isotope O-18 (8 protons and 10 neutrons) relative to O-16 (8 protons and 8 neutrons) in Mediterranean waters, which became preserved in the shells of the ancient plankton. Using long drill cores and uplifted sections of sea-floor sediments, previous work had analysed such microfossil-based oxygen isotope records from carefully dated sequences.

The current study added a numerical model for calculating water exchange through the Strait of Gibraltar as a function of sea-level change, which allowed the microfossil records to be used as a sensitive recorder of global sea-level changes. The new sea-level record was then used in combination with existing deep-sea oxygen isotope records from the open ocean, to work out deep-sea temperature changes.

Lead author, Professor Eelco Rohling of Australian National University, says: “This is the first step for reconstructions from the Mediterranean records. Our previous work has developed and refined this technique for Red Sea records, but in that location it is restricted to the last half a million years because there are no longer drill cores. In the Mediterranean, we could take it down all the way to 5.3 million years ago. There are uncertainties involved, so we included wide-ranging assessments of these, as well as pointers to the most promising avenues for improvement. This work lays the foundation for a concentrated effort toward refining and improving the new sea-level record.”

Noting the importance of the Strait of Gibraltar to the analysis, co-author Dr Mark Tamisiea from the National Oceanography Centre, Southampton adds: “Flow through the Strait will depend not only on the ocean’s volume, but also on how the land in the region moves up and down in response to the changing water levels. We use a global model of changes in the ocean and the ice sheets to estimate the deformation and gravity changes in the region, and how that will affect our estimate of global sea-level change.”

Note :The above story is based on materials provided by University of Southampton. 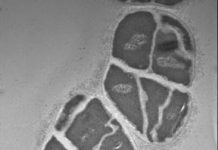 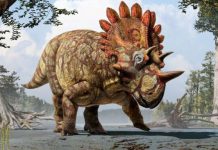