Marine researchers from Bremen, along with a U.S. colleague, discovered the potential reasons for an unsolved mystery from beneath the seafloor – the study appeared online yesterday in Nature Geoscience. Their findings provide an explanation as to why methane in zones of turnover in the seafloor displays unusual isotopic signatures that have long puzzled researchers. The authors attribute the enigma to the process of methane oxidation by microorganisms, and suggest that this phenomenon may apply to other low-energy biogeochemical reactions that prevail in the marine realm.

Analyzing the carbon isotopic composition of methane within the seafloor, researchers from the MARUM and the Max-Planck-Institute for Marine Microbiology in Bremen came across an unusual phenomenon: In the zone where microorganisms oxidize methane along with reducing sulfate, there is no accumulation of the heavy isotope, 13C, in the remaining methane, as expected from traditional isotope behavior. Instead, they repeatedly find isotopically “light” methane – enriched in 12C – from a variety of such zones around the world. “These “light” methane signatures were previously interpreted as a fingerprint for methane production”, says Marcos Yoshinaga, first-author and currently a guest investigator at the School of Arts, Sciences and Humanities, University of São Paulo. “In this zone of methane oxidation, however, we could not think of any other biogeochemical process supporting this production”, adds senior-author Marcus Elvert from MARUM.

As a general rule, it has been proposed that during the process of methane oxidation there is a preferential loss of the lighter isotope from the starting reactant, with the remaining pool becoming isotopically “heavy” or enriched in 13C. The researchers used laboratory experiments to simulate microbial methane oxidation under similar conditions encountered in the seafloor. “The microbial collection of our Max-Planck-Institute with cultures of methane oxidizers from all over the world offers the possibility to faithfully reproduce the conditions found in nature” says Thomas Holler. And effectively: under low sulfate concentrations, as generally observed at methane oxidation zones in the seafloor, the formation of light, 12C-enriched methane occurred.

Methane possesses two major facets. Consisting of carbon and hydrogen atoms, it not only serves as energy source for microorganisms, but also plays a major role as a greenhouse gas. Marine sediments contain about 500–10,000 Gt of methane carbon. This reservoir is comparable in size to the amount of carbon in land biota, terrestrial soils, atmosphere and seawater combined, but thanks to the microbial methane oxidation in sediments devoid of oxygen, the oceans are responsible for less than two percent of the atmospheric emissions. “We have analyzed the stable carbon isotopic composition of methane in worldwide marine sediments” says John Pohlman from the US Geological Survey. Stable isotopes such as those of carbon contain the same number of protons but are distinct in the number of neutrons and thus have different masses. They show no difference in the chemical behavior during reactions, however, in chemical reactions, a preferential turnover of the lighter isotope 12C is observed during biogeochemical processes.

In addition to the environmental data, the researchers tried to answer the question why methane enriched in the lighter isotope 12C forms at low sulfate contents. Operating close to the energetic limit of life, all components of the methane oxidation reaction are close to isotope equilibrium. “As a consequence, the lighter isotope 12C is channeled back to methane”, says Gunter Wegener from the Max-Planck-Institute. “This result could be constrained by our biogeochemical model”, adds Tobias Goldhammer from MARUM. The researchers concluded that such low-energy reactions may also occur in the cycling of other elements within the Ocean’s interior. “This study highlights a novel insight into how certain Archaea adjust their metabolism to live under strong energy limitation in the deep-biosphere, and at the same time answers a central question of our project”, says Kai-Uwe Hinrichs, co-author and leader of the European Research Council-funded Project DARCLIFE that supported this study.

Recommended For You  An unusual and unexpected discovery: on the floor of Lake Neuchâtel

Note :The above story is based on materials provided by MARUM 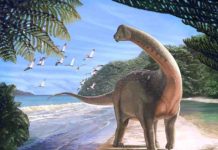 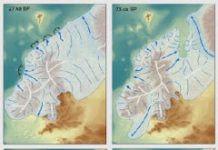 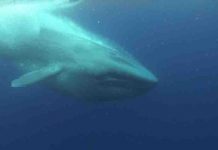