Climate changes from millions of years ago are recorded at daily rate in ancient sea shells, new research shows.

A huge X-ray microscope has revealed growth bands in plankton shells that show how shell chemistry records the sea temperature.

The results could allow scientists to chart short timescale changes in ocean temperatures hundreds of millions of years ago.

It’s important to understand current climate change in the light of how climate has varied in the geological past. One way to do this, for the last few thousand years, is to analyse ice from the poles. The planet’s temperature and atmosphere are recorded by bubbles of ancient air trapped in polar ice cores. The oldest Antarctic ice core records date back to around 800,000 years ago.

Results just published in the journal Earth and Planetary Sciences Letters reveal how ancient climate change, pushing back hundreds of millions of years ago into deep time, is recorded by the shells of oceanic plankton.

As microbial plankton grow in ocean waters, their shells, made of the mineral calcite, trap trace amounts of chemical impurities, maybe only a few atoms in a million getting replaced by impurity atoms. Scientists have noticed that plankton growing in warmer waters contain more impurities, but it has not been clear how and why this “proxy” for temperature works.

When the plankton die, they fall to the muddy ocean floor, and can be recovered today from that muddy ocean floor sediments, which preserve the shells as they are buried. The amount of impurity, measured in fossil plankton shells, provides a record of past ocean temperature, dating back more than 100 million years ago.

Now, researchers from the Department of Earth Sciences at the University of Cambridge have measured traces of magnesium in the shells of plankton using an X-ray microscope in Berkeley, California, at the “Advanced Light Source” synchrotron — a huge particle accelerator that generates X-rays to study matter in minuscule detail.

The powerful X-ray microscope has revealed narrow nanoscale bands in the plankton shell where the amount of magnesium is very slightly higher, at length scales as small as one hundredth that of a human hair. They are growth bands, rather like tree rings, but in plankton the bands occur daily or so, rather than yearly.

“These growth bands in plankton show the day by day variations in magnesium in the shell at a 30 nanometre length scale. For slow-growing plankton it opens the way to seeing seasonal variations in ocean temperatures or plankton growth in samples dating back tens to hundreds of millions of years,” says Professor Simon Redfern, one of the experimenters on the project.

“Our X-ray data show that the trace magnesium sits inside the crystalline mineral structure of the plankton shell. That’s important because it validates previous assumptions about using magnesium contents as a measure of past ocean temperature.”

The chemical environment of the trace elements in the plankton shell, revealed in the new measurements, shows that the magnesium sits in calcite crystal replacing calcium, rather than in microbial membranes in their impurities in the shell. This helps explain why temperature affects the chemistry of plankton shells — warmer waters favour increased magnesium in calcite.

The group are now using the UK’s “Diamond” synchrotron X-ray facility to measure how plankton shells grow and whether they change at all in the ocean floor sediments. Their latest results could allow scientists to establish climate variability in Earth’s far distant past, as well as providing new routes to measure ocean acidification and salinity in past oceans.

Note : The above story is based on materials provided by University of Cambridge, via EurekAlert!, a service of AAAS. The original story is licensed under a Creative Commons Licence. 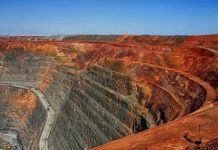 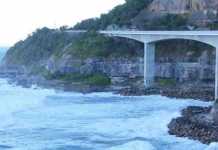 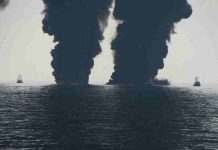 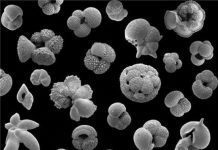