The Missouri River is the longest river in North America, longest tributary in the United States and a major waterway of the central United States. Rising in the Rocky Mountains of western Montana, the Missouri flows east and south for 2,341 miles (3,767 km) before entering the Mississippi River north of St. Louis, Missouri. The river takes drainage from a sparsely populated, semi-arid watershed of more than half a million square miles (1,300,000 km2), which includes parts of ten U.S. states and two Canadian provinces. When combined with the lower Mississippi River, it forms the world’s third longest river system.

For over 12,000 years, people have depended on the Missouri and its tributaries as a source of sustenance and transportation. More than ten major groups of Native Americans populated the watershed, most leading a nomadic lifestyle and dependent on enormous buffalo herds that once roamed through the Great Plains. The first Europeans encountered the river in the late seventeenth century, and the region passed through Spanish and French hands before finally becoming part of the United States through the Louisiana Purchase. The Missouri was long believed to be part of the Northwest Passage – a water route from the Atlantic to the Pacific – but when Lewis and Clark became the first to travel the river’s entire length, they confirmed the mythical pathway to be no more than a legend.

The Missouri was one of the main routes for the westward expansion of the United States during the 19th century. The growth of the fur trade in the early 1800s laid much of the groundwork as trappers explored the region and blazed trails. Pioneers headed west en masse beginning in the 1830s, first by covered wagon, then by the growing numbers of steamboats entering service on the river. Former Native American lands in the watershed were taken over by settlers, leading to some of the most longstanding and violent wars against indigenous peoples in American history.

During the 20th century, the Missouri River basin was extensively developed for irrigation, flood control and the generation of hydroelectric power. Fifteen dams impound the main stem of the river, with hundreds more on tributaries. Meanders have been cut and the river channelized to improve navigation, reducing its length by almost 200 miles (320 km) from pre-development times. Although the lower Missouri valley is now a populous and highly productive agricultural and industrial region, heavy development has taken its toll on wildlife and fish populations as well as water quality.

Recommended For You  Amazon River

From the Rocky Mountains of Montana and Wyoming, three streams rise to form the headwaters of the Missouri River. The longest begins near Brower’s Spring, 9,100 feet (2,800 m) above sea level, on the southeastern slopes of Mount Jefferson in the Centennial Mountains. Flowing west then north, it runs first in Hell Roaring Creek, then west into the Red Rock; swings northeast to become the Beaverhead, it finally joins with the Big Hole to form the Jefferson. The Firehole River originates at Madison Lake in Wyoming’s Yellowstone National Park and joins with the Gibbon to form the Madison, while the Gallatin River rises out of Gallatin Lake, also in the national park. These two streams then flow north and northwest into Montana.
The Missouri River officially starts at the confluence of the Jefferson and Madison in Missouri Headwaters State Park near Three Forks, Montana, and is joined by the Gallatin a mile (1.6 km) downstream. The Missouri then passes through Canyon Ferry Lake, a reservoir west of the Big Belt Mountains. Issuing from the mountains near Cascade, the river flows northeast to the city of Great Falls, where it drops over the Great Falls of the Missouri, a series of five substantial waterfalls. It then winds east through a scenic region of canyons and badlands known as the Missouri Breaks, receiving the Marias River from the west then widening into the Fort Peck Lake reservoir a few miles above the confluence with the Musselshell River. Farther on, the river passes through the Fort Peck Dam, and immediately downstream, the Milk River joins from the north.
Flowing eastwards through the plains of eastern Montana, the Missouri receives the Poplar River from the north before crossing into North Dakota where the Yellowstone River, its greatest tributary by volume, joins from the southwest. At the confluence, the Yellowstone is actually the larger river. The Missouri then meanders east past Williston and into Lake Sakakawea, the reservoir formed by Garrison Dam. Below the dam the Missouri receives the Knife River from the west and flows south to Bismarck, the capital of North Dakota, where the Heart River joins from the west. It slows into the Lake Oahe reservoir just before the Cannonball River confluence. While it continues south, eventually reaching Oahe Dam in South Dakota, the Grand, Moreau and Cheyenne Rivers all join the Missouri from the west.
The Missouri makes a bend to the southeast as it winds through the Great Plains, receiving the Niobrara River and many smaller tributaries from the southwest. It then proceeds to form the boundary of South Dakota and Nebraska, then after being joined by the James River from the north, forms the Iowa–Nebraska boundary. At Sioux City the Big Sioux River comes in from the north. The Missouri flows south to the city of Omaha where it receives its longest tributary, the Platte River, from the west. Downstream, it begins to define the Nebraska–Missouri border, then flows between Missouri and Kansas. The Missouri swings east at Kansas City, where the Kansas River enters from the west, and so on into north-central Missouri. It passes south of Columbia and receives the Osage and Gasconade Rivers from the south downstream of Jefferson City. The river then rounds the northern side of St. Louis to join the Mississippi River on the border between Missouri and Illinois.

The Rocky Mountains of southwestern Montana at the headwaters of the Missouri River first rose in the Laramide Orogeny, a mountain-building episode that occurred from around 70 to 45 million years ago (the end of the Mesozoic through the early Cenozoic). This orogeny uplifted Cretaceous rocks along the western side of the Western Interior Seaway, a vast shallow sea that stretched from the Arctic Ocean to the Gulf of Mexico, and deposited the sediments that now underlie much of the drainage basin of the Missouri River. This Laramide uplift caused the sea to retreat and laid the framework for a vast drainage system of rivers flowing from the Rocky and Appalachian Mountains, the predecessor of the modern-day Mississippi watershed.The Laramide Orogeny is essential to modern Missouri River hydrology, as snow and ice melt from the Rockies provide the majority of the flow in the Missouri and its tributaries.
The Missouri and many of its tributaries cross the Great Plains, flowing over or cutting into the Ogallala Group and older mid-Cenozoic sedimentary rocks. The lowest major Cenozoic unit, the White River Formation, was deposited between roughly 35 and 29 million years ago and consists of claystone, sandstone, limestone, and conglomerate. Channel sandstones and finer-grained overbank deposits of the fluvial Arikaree Group were deposited between 29 and 19 million years ago. The Miocene-age Ogallala and the slightly younger Pliocene-age Broadwater Formation deposited atop the Arikaree Group, and are formed from material eroded off of the Rocky Mountains during a time of increased generation of topographic relief; these formations stretch from the Rocky Mountains nearly to the Iowa border and give the Great Plains much of their gentle but persistent eastward tilt, and also constitute a major aquifer.

Immediately before the Quaternary Ice Age, the Missouri River was likely split into three segments: an upper portion that drained northwards into Hudson Bay, and middle and lower sections that flowed eastward down the regional slope. As the Earth plunged into the Ice Age, a pre-Illinoian (or possibly the Illinoian) glaciation diverted the Missouri River southeastwards towards its present confluence with the Mississippi and caused it to integrate into a single river system that cuts across the regional slope. In western Montana, the Missouri River is thought to have once flowed north then east around the Bear Paw Mountains. Sapphires are found in some spots along the river in western Montana. Advances of the continental ice sheets diverted the river and its tributaries, causing them to pool up into large temporary lakes such as Glacial Lakes Great Falls, Musselshell and others. As the lakes rose, the water in them often spilled across adjacent local drainage divides, creating now-abandoned channels and coulees including the Shonkin Sag, 100 miles (160 km) long. When the glaciers retreated, the Missouri flowed in a new course along the south side of the Bearpaws, and the lower part of the Milk River tributary took over the original main channel.

Recommended For You  Vilyuy River

The Missouri’s nickname, the “Big Muddy”, was inspired by its enormous loads of sediment or silt – some of the largest of any North American river. In its pre-development state, the river transported some 175–320 million short tons (193–290 million t) per year. The construction of dams and levees has drastically reduced this to 20–25 million short tons (18–23 million t) in the present day. Much of this sediment is derived from the river’s floodplain, also called the meander belt; every time the river changed course, it would erode tons of soil and rocks from its banks. However, damming and channeling the river has kept it from reaching its natural sediment sources along most of its course. Reservoirs along the Missouri trap roughly 36.4 million short tons (32.9 million t) of sediment each year. Despite this, the river still transports more than half the total silt that empties into the Gulf of Mexico; the Mississippi River Delta, formed by sediment deposits at the mouth of the Mississippi, constitutes a majority of sediments carried by the Missouri. 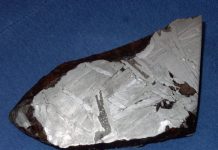 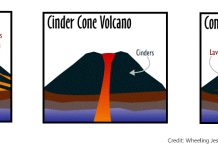 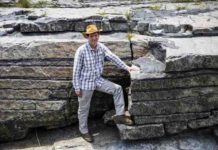 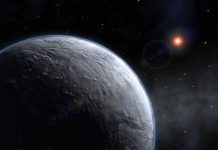