The last glacial maximum was a time when Earth’s far northern and far southern latitudes were largely covered in ice sheets and sea levels were low. Over much of the planet, glaciers were at their greatest extent roughly 20,000 years ago. But according to a study headed by University of Pennsylvania geologist Jane Willenbring, that wasn’t true in at least one part of southern Europe. Due to local effects of temperature and precipitation, the local glacial maximum occurred considerably earlier, around 26,000 years ago.
The finding sheds new light on how regional climate has varied over time, providing information that could lead to more-accurate global climate models, which predict what changes Earth will experience in the future.

Willenbring, an assistant professor in Penn’s Department of Earth and Environmental Science in the School of Arts and Sciences, teamed with researchers from Spain, the United Kingdom, China and the United States to pursue this study of the ancient glaciers of southern Europe.

“We wanted to unravel why and when glaciers grow and shrink,” Willenbring said.

In the study site in central Spain, it is relatively straightforward to discern the size of ancient glaciers, because the ice carried and dropped boulders at the margin. Thus a ring of boulders marks the edge of the old glacier.

It is not as easy to determine what caused the glacier to grow, however. Glaciers need both moisture and cold temperatures to expand. Studying the boulders that rim the ancient glaciers alone cannot distinguish these contributions. Caves, however, provide a way to differentiate the two factors. Stalagmites and stalactites — the stony projections that grow from the cave floor and ceiling, respectively — carry a record of precipitation because they grow as a result of dripping water.

Recommended For You  A Mystery of Form and Structure

“If you add the cave data to the data from the glaciers, it gives you a neat way of figuring out whether it was cold temperatures or higher precipitation that drove the glacier growth at the time,” Willenbring said.

The researchers conducted the study in three of Spain’s mountain ranges: the Bejár, Gredos and Guadarrama. The nearby Eagle Cave allowed them to obtain indirect precipitation data.

To ascertain the age of the boulders strewn by the glaciers and thus come up with a date when glaciers were at their greatest extent, Willenbring and colleagues used a technique known as cosmogenic nuclide exposure dating, which measures the chemical residue of supernova explosions. They also used standard radiometric techniques to date stalagmites from Eagle Cave, which gave them information about fluxes in precipitation during the time the glaciers covered the land.

The geologists found that, although temperatures were cool in the range of 19,000-23,000 years ago, conditions were also relatively dry, so the glaciers did not regain the size they had obtained several thousand years earlier, when rain and snowfall totals were higher. They reported their findings in the journal Scientific Reports.

Given the revised timeline in this region, Willenbring and colleagues determined that the increased precipitation resulted from changes in the intensity of the sun’s radiation on the Earth, which is based on the planet’s tilt in orbit. Such changes can impact patterns of wind, temperature and storms.

“That probably means there was a southward shift of the North Atlantic Polar Front, which caused storm tracks to move south, too,” Willenbring said. “Also, at this time there was a nice warm source of precipitation, unlike before and after when the ocean was colder.”

Willenbring noted that the new date for the glacier maximum in the Mediterranean region, which is several thousands of years earlier than the date the maximum was reached in central Europe, will help provide more context for creating accurate global climate models.

“It’s important for global climate models to be able to test under what conditions precipitation changes and when sources for that precipitation change,” she said. “That’s particularly true in some of these arid regions, like the American Southwest and the Mediterranean.”

When glaciers were peaking in the Mediterranean around 26,000 years ago, the American Southwest was experiencing similar conditions. Areas that are now desert were moist. Large lakes abounded, including Lake Bonneville, which covered much of modern-day Utah. The state’s Great Salt Lake is what remains.

“Lakes in this area were really high for 5,000-10,000 years, and the cause for that has always been a mystery,” Willenbring said. “By looking at what was happening in the Mediterranean, we might eventually be able to say something about the conditions that led to these lakes in the Southwest, too.”

This research was supported by the Ministerio de Ciencia e Innovación and the Junta de Comunidades de Castilla-La Mancha.

Note : The above story is based on materials provided by University of Pennsylvania. 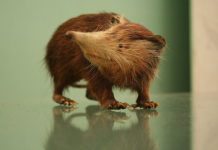 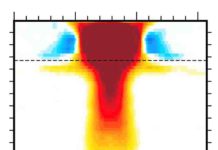