The geology of the Himalaya is a record of the most dramatic and visible creations of modern plate tectonic forces. The Himalayas, which stretch over 2400 km between the Namche Barwa syntaxis in Tibet and the Nanga Parbat syntaxis in Pakistan, are the result of an ongoing orogeny — the result of a collision between two continental tectonic plates. This immense mountain range was formed by tectonic forces and sculpted by weathering and erosion.

The Himalaya-Tibet region supplies freshwater for more than one-fifth of the world population, and accounts for a quarter of the global sedimentary budget. Topographically, the belt has many superlatives: the highest rate of uplift (nearly 10 mm/year at Nanga Parbat), the highest relief (8848 m at Mt. Everest Chomolangma), among the highest erosion rates at 2–12 mm/yr, the source of some of the greatest rivers and the highest concentration of glaciers outside of the polar regions. This last feature earned the Himalaya its name, originating from the Sanskrit for “the abode of the snow”.

The making of the Himalaya

During Late Precambrian and the Palaeozoic, the Indian sub-continent, bounded to the

north by the Cimmerian Superterranes, was part of Gondwana and was separated from Eurasia by the Paleo-Tethys Ocean (Fig. 1). During that period, the northern part of India was affected by a late phase of the Pan-African orogeny which is marked by an unconformity between Ordovician continental conglomerates and the underlying Cambrian marine sediments. Numerous granitic intrusions dated at around 500 Ma are also attributed to this event.

In the Early Carboniferous, an early stage of rifting developed between the Indian continent and the Cimmerian Superterranes. During the Early Permian, this rift developed into the Neotethys ocean (Fig. 2). From that time on, the Cimmerian Superterranes drifted away from Gondwana towards the north. Nowadays, Iran, Afghanistan and Tibet are partly made up of these terranes.

Recommended For You  Impact origin of archean cratons: Learning from Venus

In the Norian (210 Ma), a major rifting episode split Gondwana in two parts. The Indian continent became part of East Gondwana, together with Australia and Antarctica. However, the separation of East and West Gondwana, together with the formation of oceanic crust, occurred later, in the Callovian (160-155 Ma). The Indian plate then broke off from Australia and Antarctica in the Early Cretaceous (130-125 Ma) with the opening of the “South Indian Ocean” (Fig. 3).

In the Upper Cretaceous (84 Ma), the Indian plate began its

very rapid northward drift covering a distance of about 6000 km, with the oceanic-oceanic subduction continuing until the final closure of the oceanic basin and the obduction of oceanic ophiolite onto India and the beginning of continent-continent tectonic interaction starting at about 65 Ma in the Central Himalaya. The change of the relative speed between the Indian and Asian plates from very fast (18-19.5 cm/yr) to fast (4.5 cm/yr) at about 55 Ma is circumstantial support for collision then. Since then there has been about 2500 km of crustal shortening and rotating of India by 45° counterclockwise in Northwestern Himalaya to 10°-15° counterclockwise in North Central Nepal relative to Asia (Fig. 4).

While most of the oceanic crust was “simply” subducted below the Tibetan block during the northward motion of India, at least three major mechanisms have been put forward, either separately or jointly, to explain what happened, since collision, to the 2500 km of “missing continental crust”. The first mechanism also calls upon the subduction of the Indian continental crust below Tibet. Second is the extrusion or escape tectonics mechanism (Molnar & Tapponnier 1975) which sees the Indian plate as an indenter that squeezed the Indochina block out of its way. The third proposed mechanism is that a large part (~1000 km (Dewey, Cande & Pitman 1989) or ~800 to ~1200 km) of the 2500 km of crustal shortening was accommodated by thrusting and folding of the sediments of the passive Indian margin together with the deformation of the Tibetan crust.

Even though it is more than reasonable to argue that this huge amount of crustal shortening most probably results from a combination of these three mechanisms, it is nevertheless the last mechanism which created the high topographic relief of the Himalaya.

Fig 1: The earth in the Early Permian. At that time, India is part of Gondwana and bordered to the north by the Cimmerian Superterrane. Paleogeographic reconstructions. By Dèzes (1999), based on Stampfli & Borel (2002) and Patriat & Achache (1984)

Fig 2: The earth at the Permian-Triassic boundary. The opening of the Neotethys separates the Cimmeridian Superterrane from Gondwana. Based on Stampfli & Borel (2002) and Patriat & Achache (1984)

Fig 3: The earth in the Cretaceous. The Cimmeridian Superterrane has accreted to Mega Laurasia, the oceanic crust of the Neotethys is subducted to the north along the Dras volcanic arc , the Shigatze Ocean opens as a consequence of back-arc spreading, India is separated from Africa and E. Gondwana and the Indian Ocean opens. Paleogeographic reconstructions based by Dèzes (1999), on Stampfli & Borel (2002) and Patriat & Achache (1984).

Fig 4: The northward drift of India from 71 Ma ago to present time. Note the simultaneous counter-clockwise rotation of India. Collision of the Indian continent with Eurasia occurred at about 55 Ma. Source: www.usgs.org (modified) 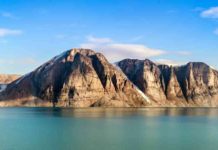 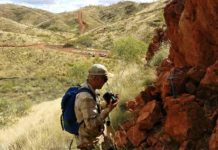 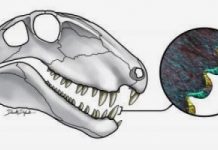 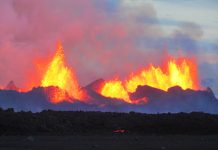 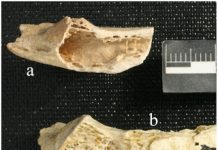 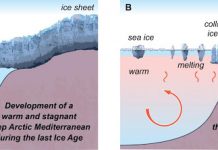