Home Earth Erosional Origin of Linear Dunes On Earth and Saturn’s Moon Titan
Share on Facebook
Tweet on Twitter
Linear dunes, widespread on Earth and Saturn’s moon, Titan, are generally considered to have been formed by deposits of windblown sand. It has been speculated for some time that some linear dunes may have formed by “wind-rift” erosion, but this model has commonly been rejected due to lack of sufficient evidence. Now, new research supported by China’s NSF and published this week in GSA BULLETIN indicates that erosional origin models should not be ruled out.
The linear dunes in China’s Qaidam Basin have been proposed to have formed as self-extending lee dunes under a unidirectional wind regime owing to a high level of total silt, clay, and salt content or cohesiveness of sediments, and they have undergone southward lateral migration at rates of up to 3 m/yr.
New GSA BULLETIN research examines the sediments, internal structures, and optically stimulated luminescence ages of the linear dunes in the central Qaidam Basin approximately 80 km north of the city Golmud. The study’s findings suggest that the linear dunes are most likely of erosional origin similar to yardangs with orientations controlled by strikes of joints.
According to the study’s lead author, Jianxun Zhou of the China University of Petroleum’s State Key Laboratory of Petroleum Resource & Prospecting, “If the control of tectonic structures on the orientation of wind-eroded ridges is taken into account, morphodynamic interpretations for the wind-rift model may become much simpler.
No one has considered the possibility of erosional origin for the linear dunes on Titan. Nearly all researchers consider the linear dunes on Titan to be of depositional origin, but their morphodynamic interpretations are complicated and their relationships to wind directions are in dispute.
If an erosional origin is considered, the morphodynamic interpretations of the linear dunes on Titan can also be greatly simplified.”
Note:The above story is reprinted from materials provided by Geological Society of America. 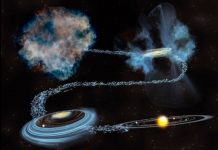 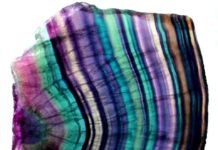 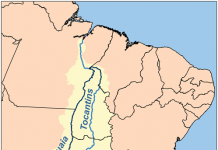